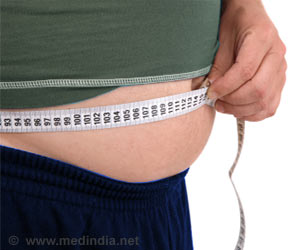 Workplace-based programs that include dietary advice coupled with behavioral counseling appear to be a promising approach for men and women with significant weight loss goals.

This is based on the results of a pilot study conducted by researchers at the Jean Mayer USDA Human Nutrition Research Center on Aging (HNRCA) at Tufts University. Employees enrolled in the intervention arm of a randomized controlled trial lost on average, 18 pounds over a six-month period compared to a two pound weight gain in a control group. The study results are published online ahead of print by the American Journal of Clinical Nutrition.

"Although previous research has focused on weight loss interventions based in office settings, those studies that we are aware of report modest weight loss over periods ranging from three months to two years. To the best of our knowledge, our approach is unique because of the inclusion of a strong behavioral component," says Senior Author Sai Krupa Das, Ph.D., a scientist in the Energy Metabolism Laboratory at the USDA HNRCA at Tufts University. "Over the course of the intervention, a counselor with training in both nutrition and behavior modification met at first weekly and later bi-weekly with the participants as a group during their lunch hour. In these sessions, discussions focused on strategies for menu planning, portion control and managing hunger, as well as dealing with stress-related and emotional eating. The participants also received individual support in a weekly e-mail exchange with the counselor."


The weight loss component of the study enrolled men and women from four Boston area companies, all of whom had a body mass index (BMI) classifying them as overweight or obese. Eighty-four (84) men and women from two of the companies, one for-profit and one non-profit, completed the intervention. Thirty-four (34) employees from the other two companies served as the control group.
Advertisement
For six months, the employees enrolled in the intervention followed a reduced calorie diet, emphasizing low-glycemic and high fiber foods that are less likely to raise blood sugar. The participants were responsible for purchasing and preparing their own food.

At the completion of the intervention, Das and colleagues observed substantial improvements in common markers for cardiovascular disease and diabetes risk. These included lower total cholesterol and glucose levels and lower blood pressure compared to the control group. Additionally, the intervention participants were given the option to enroll in a six-month, structured maintenance program. No significant weight re-gain was observed in the 40 participants who enrolled and stayed in the program.

"Based on our results, it seemed the weight loss intervention became embedded in the office culture and also helped the weight of people who were not enrolled in the program," said Susan B. Roberts, Ph.D., a co-author of the study and director of the Energy Metabolism Laboratory. "We made an effort to reach employees who were not involved by producing a series of newsletters and holding monthly seminars on general health-related topics such as cardiovascular health, childhood nutrition and exercise."

"To gauge the impact of this parallel programming, we asked employees in all four worksites who did not participate in the weight loss intervention to provide us with a self report of their body weight and we saw an encouraging ripple effect," added Roberts, who is also the author of The "I" Diet book and program upon which the intervention is based, a professor at the Friedman School of Nutrition Science and Policy at Tufts University and an adjunct professor of psychiatry at Tufts University School of Medicine (TUSM). "Overweight and obese employees at the intervention sites lost up to three pounds while employees at the control sites gained up to two pounds."

The authors recommend future studies that include more worksites and longer post-intervention follow-up. "For example, the current study does not explain why the employees at the non-profit intervention site lost significantly less weight than the employees at the for-profit site," said Das, who is also an assistant professor at the Friedman School. "It would be valuable to know what exactly about the culture fostered the success, because offices are really wonderful settings for weight loss groups. Co-workers have established relationships, creating an automatic support system and level of comfort. There is also the benefit of not having to set aside as much additional time for weight management. It can be built right into the work day. "

To Keep Your Lover's Heart Healthy Go for Dark Chocolate and Red Wine: Dietician
A Loyola dietitian says that real food of love is dark chocolate and red wine, because it can help ....

Antioxidants in Your Diet May Not Reduce Risk of Stroke or Dementia: Study
According to a recent study published in Neurology, the total level of antioxidants in a person's .....