Will Laughing Gas Have the Last Laugh After Being an Effective Anesthetic? 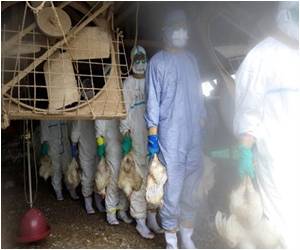 At a time when the use of laughing gas (nitrous oxide) in clinical practice has gradually reduced, a new article contends that there is 'no clinically relevant evidence' for the withdrawal of nitrous oxide.

The issue whether laughing gas (nitrous oxide) should be banned from the operating room figured prominently in a debate at this year's Euroanaesthesia meeting in Berlin.


"Whereas 30 years ago, nearly every general anesthesia procedure was performed with nitrous oxide as an adjuvant, a steady decline of its use over the last 15 years has been observed. There are several reasons, which caused the reduction of the usage of nitrous oxide," said Professor Rolf Rossaint from the University Hospital Aachen, Germany, who is in favor of nitrous oxide ban.


Countering his views, Professor Daniel Sessler, Cleveland Clinic, Ohio, US, in his talk on "nitrous oxide is an effective and safe anesthetic" put forward arguments against a ban.

"There is no clinically relevant evidence for the withdrawal of nitrous oxide from the armamentarium of anesthesia practice or procedural sedation," said the article published in the European Journal of Anesthesiology.

The debate coincided with the article published in the European Journal of Anesthesiology.

Laughing Gas Does Not Increase Heart Attacks: Experts
One of the world's oldest and most widely used anesthetics is nitrous oxide - best known as laughing gas.
READ MORE

Laughing Gas Safe for Surgeries: Research
An Australian study has revealed that anaesthetic laughing gas or nitrous oxide, which has been discontinued for a long time because of its side effects, is safe for use.
READ MORE

Laughing Gas may Help Treat Severe Depression
Nitrous oxide or laughing gas could be used as a treatment for severe depression in patients whose symptoms don't respond to normal therapies.
READ MORE