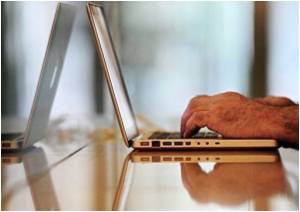 Patients and caregivers now readily turn to the Internet for information and emotional support when faced with disease. This is particularly true in the case of caregivers of children with hydrocephalus.

Researchers at Children's of Alabama and the University of Alabama at Birmingham found that adults caring for children with hydrocephalus reported greater regular use of the Internet than the general population (91.7 percent compared with 74 percent). The majority of these caregivers (81.9 percent) also use the Internet to obtain information about the disease, although they are somewhat skeptical about the overall veracity of information gained from the Web and are interested in well-respected hydrocephalus-related websites (such as that of the Hydrocephalus Association) and physician-suggested sites. When it comes to social media, these caregivers prefer Facebook, YouTube, and blogs over Twitter and Myspace for both personal and hydrocephalus-related use. Full details on this study and its findings can be found in the article "Technology preferences among caregivers of children with hydrocephalus. Clinical article," by neurosurgeon Robert Naftel and colleagues, published today online, ahead of print, in the Journal of Neurosurgery: Pediatrics.

Survey Finds Caregivers and Their Relatives Disagree About Care Given, Received

Three hundred caretakers of children with hydrocephalus filled out a questionnaire covering computer and Internet usage; hydrocephalus and shunts; social networking, blogs, and YouTube; hydrocephalus support groups; and personal information. The researchers focused on caretakers' use of the Internet and social media as well as the technological hardware involved in accessing them.


The researchers found that most caregivers in the study group (91.7 percent) use the Internet: 62.8 percent of caregivers reported using it 7 days per week and 83 percent at least 4 days per week. The Internet was mostly accessed on computers at home (rather than those at work) followed by using smart phones. Most caretakers who reported Internet use (95.1 percent) accessed some form of social media. Facebook and YouTube were the most commonly used; blogs, Twitter, and Myspace were accessed less frequently.
Advertisement
With respect to personal use of the Internet and related technologies, the researchers found socioeconomic disparities associated with race, income, and education. More whites than African-Americans used computers, smart phones, and the Internet; similarly, greater usage was found among persons with higher household yearly incomes and higher levels of educational achievement. The researchers found no significant differences in computer, smart phone, and Internet use when they looked at caregiver's age or geographic location (rural or urban); usage also did not differ according to the number of adults in the household.

The authors were surprised by the extent of hydrocephalus-related use of the Internet by caregivers and by their healthy skepticism concerning information provided in this manner. When asked, Dr. Robert Naftel, the first author, stated that the researchers "were also surprised by the fact that social media was reversing the socioeconomic disparity found in regular Internet use for hydrocephalus" and by the "low number of participants who used the Internet and social media for online support groups," although a review of other healthcare studies showed that the number of caregivers in the present study who used the Internet and social media for emotional support was actually a bit higher than in other groups.

When asked what spurred the investigation, Dr. Robert Naftel stated, "we began noticing that parents were coming to the table with more information than ever before, and their source was the Internet. We were worried that they could be receiving misinformation and placing too much trust in false information. Therefore, to better understand our patients and their parents, we sought to find out what the current state of Internet and social media use was. We also believed that it was important for parents to have social support. With social media, people are able to form social groups and support one another. Oftentimes, parents will not ask their physician about how to find social support. Now, we can provide them with information about where to find these online support groups."

In response to the finding that caregivers are very interested in obtaining guidance on the best websites, Dr. Naftel, now at the University of Pittsburgh, explained that the Birmingham group "is currently in the process of compiling a list of recommended sites. What is important is not only having great information, but also providing a platform that is pleasing from an audiovisual standpoint and is easily navigated. The same point can be made for YouTube videos. We recently performed another study that is currently being written about the quality, reliability, and comprehensiveness of YouTube videos on hydrocephalus. There is great disparity with these videos. Additionally, there is now a Birmingham Hydrocephalus Support Group on Facebook. It seems to be an ideal platform for caregivers to interconnect and plan events. Caregivers desire guidance in finding the best information on the Internet. Neurosurgeons have an opportunity to help direct them to trustworthy information that will help them in caring for their child and provide them with the social support for which many yearn."

Valuable information on hydrocephalus has long been provided on the Internet. The authors point out that as early as 2001, hydrocephalus was considered the best-covered neurosurgery-related topic on the Web. As Internet use continues to expand, the authors encourage neurosurgeons and hospitals to provide patients and caregivers with recommendations for websites that offer credible information on hydrocephalus. They also suggest that social media be utilized to a greater extent to provide patient education and caregiver support.
Source: Eurekalert
Advertisement
<< For Healthy Life After Hitting 40 Cut Back on Booze and Joi...
Distinguishing Between Monet and Picasso Paintings Are Hone... >>