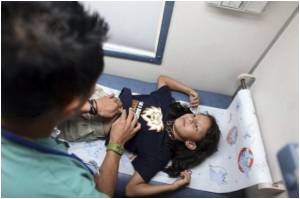 The inflation in medical costs and lack of insurance cover are big fears for India, though with Health Insurance Regulations which will standardize the products to a certain extent to reduce uncertainty and problems in settlements.

With health insurance, a much needed respite is offered in cases of medical emergencies - where room costs, doctor's fees, medicines and services add up.


A survey conducted by Marsh India Insurance Brokers - among 301 Indian organisations across sectors with a group total size of 1.5 million people; the rise in medical insurance costs for employers has outpaced the growth in salaries over the last five years. The medical insurance costs rise at approximately 18% whereas salary costs for employers rise only by 7-12% per year. This causes a serious issue for policy holders.
Advertisement
In 2008 the government had launched Rashtriya Swasthya Bima Yojana (RSBY) to provide Universal and affordable health care. Beneficiaries will pay only Rs 30 as a registration fee and the State and central government pay the premiums to the insurers.

Beneficiaries are covered for hospitalization and illnesses for Rs.30,000, pre-existing conditions are also covered and age is no bar for a scheme meant to cover 3 crore lives. Increasing awareness of health benefits has resulted in a spate of complaints under the Right to Information Act.

After the insurers outsourced to TPA's or third party administrators there were complaints of delays in cashless issuance, payment claims, dispatch of health cards.

This is when private sector insurers like ICICI Lombard, HDFC Ergo, Bajaj Allianz, and Future Generali had settlement teams for quicker and more efficient disbursal of claims.

To address this issue of rising complaints, the Insurance Regulatory and Development Authority (IRDA) has announced the introduction of health insurance portability, so that a policyholder dissatisfied with the service and offerings of a particular insurance company can move to another insurance company and not lose out on any of the benefits.

Under portability, an insured individual's health insurance policyholder (including family cover) can transfer the credit gained for time-bound exclusions if the policyholder chooses to switch from one insurer to another or from one plan to another of the same insurer, provided the previous policy has been maintained without any break.

It becomes mandatory for insurers to renew policies at least up to the age of 65 years. Nor can premiums be increased and in case an increase is constituted the customer will be informed three months in advance.

Insurers expect that with the implementation of these regulations, there will be a standardization of health insurance products offered by all insurers and that it will go a long way in reducing uncertainty and conflicts in health insurance policies.

Reactive Purchase of Health Insurance Leads to a Number of Conditions Being Excluded
Find out what works best for common man in the health insurance sector in India from the Max health ...

Critical Care Insurance
A critical illness policy is exactly what it says  it is used for when you are critically ill and y...