Why Some Things Make Us Laugh? 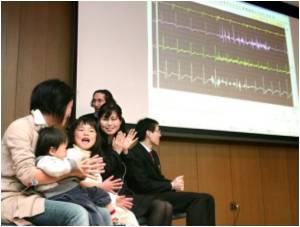 Scientists have tried to understand the essential ingredients of humor.

Two psychologists have found that people tend to laugh at things which seem to be unreal, are a violation or threat to the way the world ought to be that is, at the same time, benign.

Most older theories of humor all come up short in one way or another, said A. Peter McGraw, of the University of Colorado-Boulder, who coauthored the study with Caleb Warren.


The researchers pointed out that all of these could happen if you accidentally killed your spouse-but that wouldn't be funny.

They thought that instead, a situation might be funny only if it also seems benign.
Advertisement
To test their hypothesis, the researchers presented various situations to volunteers they rewarded with candy bars.

The other part of the study tested whether benign appraisals of a moral violation made it funnier.

For one experiment, participants read a scenario in which either a church or a credit union raffles off an SUV to attract new members.

The participants were disgusted when the church attracted members with a raffle, but not the credit union.

But whether they were amused by the church depended in part on whether they went to church themselves; non-churchgoers were more likely to think that was funny.

The researchers think this is because the non-churchgoers are "not particularly committed to the sanctity of churches," said McGraw.

So, for them, the moral violation seems benign.

Another experiment confirmed that people who have more psychological distance from a moral violation are more likely to be amused.

"We laugh when Moe hits Larry because we know that Larry's not really being hurt. It's a violation of social norms. You don't hit people, especially a friend. But it's okay because it's not real," said McGraw, referring to humorous slapstick.

He pointed out a recent example, an internet video of a chain-smoking Indonesian toddler. "When I was first told about that, I laughed, because it seems unreal-what parent would let their kids smoke cigarettes? The fact that the situation seemed unbelievable made it benign. Then when I saw the video of this kid smoking, it was no longer possible to laugh about it."

McGraw thinks the theory works for other kinds of humor, like puns, which break a linguistic convention or rule but are still okay because they adhere to another rule, so the sentence still makes sense.

It also explains why dramas and action movies play better outside of their home countries than comedies do.

Sense of Humor is in Your Genes
A leading humor researcher and psychologist has said that being funny cannot be taught or learned, ....

Jokes Classified - 8 Major Categories For Humor Identified!
You can make a person laugh only in eight ways, says a leading evolutionary theorist who claims to ....