Why Some People can Smell Asparagus in Urine? 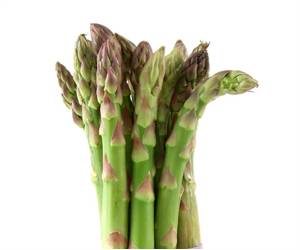 Asparagus is considered a delicacy, but it's also known to produce a distinctive odor in urine. Not everyone can detect the odor of metabolites (methanethiol and S-methyl thioesters) produced by consumption of asparagus.

In The BMJ's Christmas edition, a study identifies the genetic origin of the ability to smell the strong, characteristic odor in human urine produced after eating asparagus.

Asparagus is a vegetable packed with nutrients and vitamins that are essential for our body. Asparagus has numerous health benefits that are important for overall health.
Advertisement
‘Hundreds of variants in the DNA sequence across multiple genes are involved in sense of smell that are strongly associated with the ability to detect asparagus metabolites in urine.’

A team of U.S. and European researchers found hundreds of variants in the DNA sequence across multiple genes involved in sense of smell that are strongly associated with the ability to detect asparagus metabolites in urine.


They say more research is needed to understand why such food results in a particular odor, and what selective pressures would result in such a significant genetic predisposition to be able to smell - or not smell - the metabolites.

Indulging in alcohol during the festive season of Christmas and New Year may not prove to be as problematic as before.
Advertisement
The researchers, led by Sarah Markt and Lorelei Mucci at the Harvard T.H. Chan School of Public Health, set out to determine whether genetic factors are important in the ability to smell the odor.

The researchers linked information from genome wide association studies on over nine million genetic variants with the asparagus anosmia trait.

They discovered 871 particular variations in DNA sequence, known as single nucleotide polymorphisms, on chromosome 1 which were associated with being asparagus anosmic. These genetic variants were found in several different genes responsible for sense of smell.

They also found that a higher proportion of women reported they were unable to detect the odor, compared to men, despite women being known to more accurately and consistently identify smells.

The researchers suggest that this unexpected result might be due to under-reporting by a few modest women, or because they might be less likely to notice an unusual odor because of their position during urination.

Study limitations include self reporting of odor, rather than an objective measurement, although this is unlikely to explain their findings, and the sample focusing on people of European descent, so it's unknown whether the same genetic variants predict asparagus anosmia in other ethnicities.

The authors explain that "our findings present candidate genes of interest for future research on the structure and function of olfactory (sense of smell) receptors and on the compounds responsible for the distinctive odor produced by asparagus metabolites."

"Future replication studies are necessary before considering targeted therapies to help anosmic people discover what they are missing."

They also note that asparagus provides a rich source of iron, fiber, zinc, folate, and vitamins A, E and C, and consumption is thought to reduce risk of cancer, cognitive impairment, and cardiovascular related diseases.

Therefore, they call for research to "consider using these identified single nucleotide polymorphisms to better understand how a lifetime of eating asparagus might protect people from developing chronic conditions."

A research has found that eating vegetables such as asparagus and Jerusalem artichokes could hold the key to fighting obesity and diabetes.
Advertisement
<< Effects of Projected Population Ageing on Potential Growth ...
Osteolectin's Role in New Bone Formation and Maintaining Ad... >>

Scientists at the Monell Center have used a well-known example of individual differences to identify a genetic contribution to the sense of smell.

Iron Intake Calculator Noscaphene (Noscapine) Blood Donation - Recipients Calculate Ideal Weight for Infants Blood Pressure Calculator Drug Side Effects Calculator Daily Calorie Requirements Hearing Loss Calculator The Essence of Yoga Blood - Sugar Chart
This site uses cookies to deliver our services. By using our site, you acknowledge that you have read and understand our Cookie Policy, Privacy Policy, and our Terms of Use

Why Some People can Smell Asparagus in Urine? Personalised Printable Document (PDF)