Why Some Cancers Become Malignant? 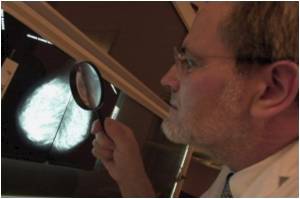 Scientists have identified the mechanism that causes some cancers to become malignant and other forms of cancer to be benign.

The study, led by Dr. Gerardo Ferbeyre of the University of Montreal's Department of Biochemistry, found that cancer cells reproduce by dividing in two, but a molecule known as PML limits how many times this can happen.

The team proved that malignant cancers have problems with this molecule, meaning that in its absence they can continue to grow and eventually spread to other organs.


Importantly, the presence of PML molecules can easily be detected, and could serve to diagnose whether a tumor is malignant or not.

Did u know that simple changes in lifestyle could lower your cancer risks? Find out how!
Advertisement
"We discovered that benign cancer cells produce the PML molecule and display abundant PML bodies, keeping them in a dormant, senescent state. Malignant cancer cells either don't make or fail to organize PML bodies, and thus proliferate uncontrollably," Ferbeyre said.

Senescence is the mature stage in a cell's life at which in can no longer reproduce and it is a natural defense against cancer formation. When tumor cells are benign, it means that they cannot spread or grow into other parts of the body.

The team of researchers based both on campus and at the University of Montreal Hospital Research Centre built on Dr. Ferbeyre's prior discovery that PML is able to force cells to enter senescence.

The research was published on January 1, 2011 in Genes and Development. (ANI)