Why Genes May Not be Blamed for High Cholesterol Levels

Cholesterol, a type of fat originates from two primary sources, dietary intake and liver production. Higher levels of cholesterol have been attributed to genetic mutations, but a new study has revealed that genetic mutations cannot be blamed for unusually high cholesterol as they are far rarer than previously thought, existing in only about two percent of the population.

Previous studies have suggested that as many as 25 percent of people with very high cholesterol - defined as low-density lipoprotein (LDL) cholesterol levels of 190 mg/dl or higher - could blame their condition on their genes.

LDL is widely known as "bad cholesterol" because it leads to buildup of harmful plaque in the arteries.


‘Only 2% of people have higher levels of low-density lipoprotein (LDL) or bad cholesterol due to familial hypercholesterolemia gene mutations.’


"Many clinicians assume that patients with LDL above 190 have a familial hypercholesterolemia mutation as the major driver," said Amit Khera, a cardiology fellow at Massachusetts General Hospital and lead author of the findings presented at the American College of Cardiology conference in Chicago.

"But there are a lot of other causes that can lead to this very high LDL, such as poor diet, lack of exercise and a variety of common genetic variants that each have a small impact on cholesterol but can add up to a big impact when they occur together."

To perform the study, researchers compiled the largest gene sequencing analysis to date based on people with very high cholesterol, including more than 26,000 people.

Even though there were relatively few of these people, their risk for developing life-threatening plaque buildup in the heart's arteries by their 50s or 60s was extraordinarily high - 22 times higher than people with average cholesterol levels (LDL below 130 mg/dL), said the study.

"Our findings suggest that if you performed widespread genetic screening of all individuals with very high LDL cholesterol, your yield would likely be low, but for the people who do have the mutations, the results could be quite meaningful," said Khera.

"This knowledge would be relevant not only to people with familial hypercholesterolemia mutations but to their relatives as well."

For those without the inherited gene mutations, but who still had very high cholesterol, their risk of early-onset coronary artery disease was six times higher than people with LDL below 130.

Researchers estimated that 412,000 of about 14 million adult Americans with an untreated LDL of 190 or higher have a familial hypercholesterolemia mutation. 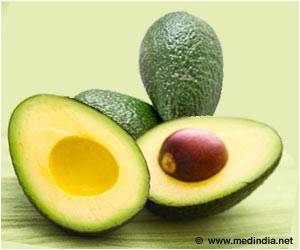