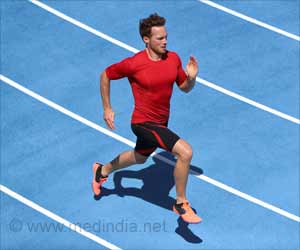 Stigma was found to deter elite athletes with mental health issues from seeking help, finds a summary of the available evidence, published in a special issue of the British Journal of Sports Medicine devoted to the topic. But a poor understanding of mental illness, busy schedules, and gender stereotyping also play their part, the findings suggest.

Mental illness affects up one in three elite athletes every year. The elite sports culture, with its heavy training demands and constant drive to improve performance, only serve to heighten the risk, the evidence suggests.
Advertisement
‘In elite athletes with mental health issues, coaches and sports governing bodies have a crucial role in helping to de-stigmatise mental ill health and promote a culture of mental wellbeing. ’

In a bid to quantify the barriers to accessing treatment and the cultural factors influencing mental health, the researchers trawled research databases, looking for relevant studies involving elite athletes--defined as those competing at professional, Olympic, or collegiate/university levels--and published up to November 2018.


Several key themes emerged from among the 52 studies included in their review, which covered more than 13,000 elite athletes from 71 sports.

Stigma was the most commonly reported factor preventing elite athletes with mental health issues from seeking help, in the belief that mental ill health is a sign of weakness rather than the hallmark of a 'winner' and would be seen as such by peers, managers, and the public.
Advertisement
"Athletes fear, possibly rightly so, that disclosing mental health symptoms or disorders would reduce their chances of maintaining or signing a professional team contract or an advertising campaign," note the researchers.

Further barriers identified in the studies included gender stereotyping, particularly what it means to be a man; younger age; US as opposed to European nationality; and certain personality traits such as conscientiousness and lack of openness.

The factors influencing mental health included difficulties accepting women as athletes in some cultures because of societal expectations of the female role; black and minority ethnicity; financial considerations; and keeping quiet about religious beliefs.

The review studies varied widely in content and design, added to which many elite athletes come from countries where there are few, if any, mental health services, caution the researchers. But they nevertheless suggest, that, on the basis of their findings, greater efforts are needed to overcome stigma and boost mental health literacy among elite athletes.

"Coaches could be important agents for supporting positive mental health attitudes within the elite athlete environment, including fostering an environment of mental health treatment-seeking," they conclude.

Their study is one of 20 systematic reviews informing the first ever consensus on the diagnosis and treatment of mental ill health in elite athletes--also published in the special issue of the journal--by the International Olympic Committee (IOC).

The consensus, which also emphasises the role coaches and sporting bodies can have in de-stigmatising mental health, was drawn up by a panel of 23 experts from 13 nations. It includes psychiatrists, psychologists, exercise scientists, neurologists, and sports medicine doctors, among other professionals.

The consensus aims to provide a standardised, evidence-based approach to the particular mental health issues found among elite athletes. These range from sleep disorders, depression and anxiety, through the impact of injuries and concussion, to eating disorders, substance misuse, gambling and other addictions.

The consensus makes a raft of recommendations on how best to minimise the negative impact of competitive sport on each of these disorders.

It also looks at major stressors, such as harassment and abuse, the barriers to seeking help, the end of an elite sports career; and future directions for research and clinical practice. "The IOC hopes that all involved in sport will increasingly recognise that mental health symptoms and disorders should be viewed in a similar light as other medical or surgical illnesses or injuries; all can be severe and disabling, and nearly all can be managed properly by well informed medical providers, coaches and other stakeholders," says the consensus.

A linked editorial, which explains the impetus for the development of the consensus statement, expresses the hope that it will help to break a taboo, and act as a catalyst for organisations, coaches and sport governing bodies to create an environment that is conducive to mental wellbeing.

"Sport should be a public good. The healthy athlete provides a symbol of an ideal society--a society where personal wellbeing is promoted and those who seek treatment for mental health concerns are not stigmatised," it concludes.

More Experience In Sports Could Result In Better Concussion Recovery
Having at least seven years of experience in a sport could results in better concussion recovery ......

Kids Concussion Recovery: Fresh Insights
In children, recovering from a concussion is like a snakes and ladders game, as there are times ......