Why Do We Follow Medical Advice from Celebrities? McMaster Researchers Have Answers 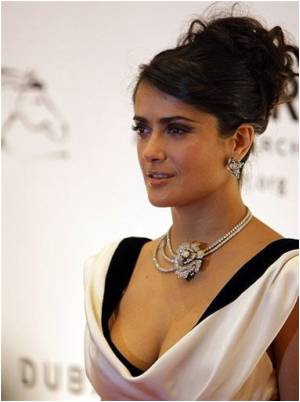 Many people follow celebrity medical advice even if they are absurd, maybe because people can't help themselves from taking health advice from celebrities and they want to be more like the people they admire, McMaster University researchers have found,

In a paper published in the British Medical Journal (BMJ) today, the researchers ask why so many people follow medical advice from celebrities when so much of it is ill-informed and some of it is potentially harmful.

Celebrities can generate a large amount of publicity for health campaigns. For example, actor Michael J. Fox's foundation has raised more than $350 million for Parkinson's research and singer Sir Elton John's charity has brought in $300 million to fight HIV/AIDs.


But sometimes the celebrity advice conflicts with recommendations from health professionals and research evidence and poses a public health hazard. Examples include former Playboy model Jenny McCarthy's incorrect messages about vaccines causing autism; U.S. broadcaster Katie Couric's recent alarmist coverage of the HPV vaccine, and U.K. broadcaster Sir Michael Parkinson spreading inaccurate lore about not having prostate cancer "if you can pee against a wall from two feet."

Pap smear is the most common test used in screening cervical cancer caused by an infection with human papilloma virus. Pap smear should be repeated every 1 to 3 years till the age of 65 years.
Advertisement
Researchers from McMaster looked at how celebrities gain credibility as medical advisors and why the public can fall under their influence when making important health decisions. They searched electronic databases to analyze economic, marketing, psychology and sociology studies from 1806 to the present day.

The researchers give several explanations for how celebrities gain credibility as medical advisors. One explanation is "herding", which is people's natural tendency to make decisions based on what others have done in similar situations.

Another explanation is celebrities' "halo effect" which, as the researchers say, gives celebrities a "cloak of generalized trustworthiness which extends well-beyond their industry or expertise". Wanting to follow in their favourite celebrities' footsteps, consumers ignore other information and, instead, imitate the celebrity's health choices.
Celebrities also portray themselves to have an authentic connection to the product or behaviour they are promoting and as such are perceived to have greater credibility than their non-celebrity counterparts, despite having less medical knowledge and experience.
In support of this is the theory of consumers purchasing "social capital" from celebrities by acquiring their products, mimicking their lifestyles and taking their medical advice. For people seeking to raise their social status, one strategy is to imitate celebrity behaviours.

Furthermore, consumers have a "self-esteem motive" as they follow advice from celebrities who match how they want to perceive themselves and feel like they can become more like their favourite celebrity by purchasing products they have endorsed.

"This review shows there are deeply rooted biological, psychological and social forces that make celebrity health advice influential. Our brains, psyches and societies appear to be hard-wired to give celebrities influence over our health decisions," said lead author Steven J. Hoffman, an assistant professor of clinical epidemiology and biostatistics at McMaster's Michael G. DeGroote School of Medicine.

"This can be helpful when celebrities encourage healthy behaviours, but it can be dangerous when celebrities promote something that is not backed up by science. Celebrities would be doing a greater public service if they partnered with credible medical authorities and conveyed evidence-based messages."

The study says health professionals can counter celebrities' negative influences by speaking to their patients about the validity of celebrity advice and cement themselves as sources of reputable health information.

"We need to rethink and better understand where people obtain their health information and what makes them act upon it," said Hoffman. "Understanding why people follow celebrities' medical advice represents a good start and this may require constructive relationships with celebrities, allowing them to become important partners in improving health."

Hoffman's work is supported by the Canadian Institutes of Health Research and the Trudeau Foundation.

A new study suggests that while the start of a new year looks like a promising way to start off on a clean slate by quitting bad habits, it may not be as much of a powerful motivator as the motivation of a celebrity.
Advertisement
News A-Z
A B C D E F G H I J K L M N O P Q R S T U V W X Y Z
What's New on Medindia