Why are We Antagonistic Towards Atheists? 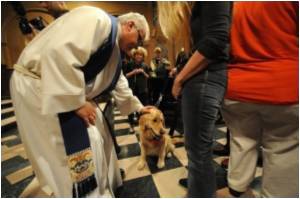 Most of us might feel antagonistic towards atheists and the reason behind this is mainly distrust of them a new University of British Columbia study has revealed. In fact the degree of distrust is equivalent to the contempt we feel for rapists, the study revealed.

Researchers think that this negative feeling towards atheists may have its roots in our perception of morality which is always connected to our belief in God. Nearly 50% of Americans feel that morality is not possible without belief in God.

The World Will End Tomorrow: Send Your Pets to the Atheists!

It's raining in New York, and everyone tries to get out of the rain. Not Manny. Unflappable, he stands on a corner with his umbrella, warning people that on Saturday, May 21, the world
Advertisement

"People did not significantly differentiate atheists from rapists," the study said.


This is the first study of its kind which has delved into anti-atheist sentiments and researchers are hoping that this study will help deal with such prejudices.

People who don't believe in god are more likely to achieve success at online dating, according to a new study of opening messages.

Oz Schoolkids To Be Shaped As Atheists

Why are We Antagonistic Towards Atheists? Personalised Printable Document (PDF)