Why Are Most Nobel Laureates Americans? Or Are They Really?

Cash-rich US researchers have again dominated this year's Nobel awards, but it seems identifying the nationality of laureates is not an exact science, and change may be on the way.

On the face of things, the United States would top an Olympic-style medals table of Nobel prize wins. Eleven of this year's 13 laureates are citizens of the United States, winning five of the six Nobel awards up for grabs.

The names of the Nobel laureates often elicit surprise when they are revealed, but last-minute predictions that hit the bull's-eye have sparked suspicions of leaks by the institutes
Advertisement 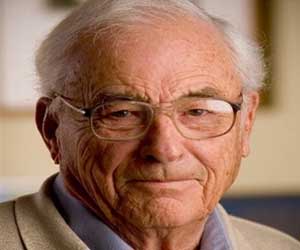 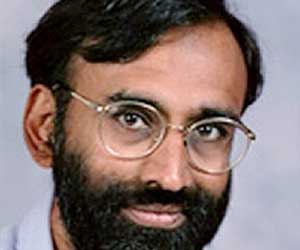 Venkatraman Ramakrishnan, who shared the prize for chemistry 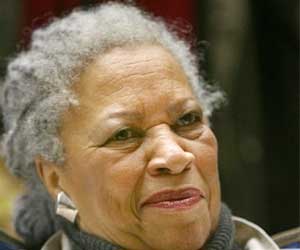 Nobel prize winning US author Toni Morrison, who won the Nobel Prize for Literature in 1993 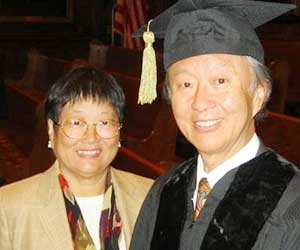 
Since the end of World War II, the United States has scooped up 89 Nobel awards for medicine, 74 for physics, 58 for chemistry and dozens more for economics, peace and literature, beating its closest contenders in Britain, France and Germany.

Venkatraman Ramakrishnan and Thomas Steitz of the US and Israel's Ada Yonath on Wednesday won the Nobel Chemistry Prize for their studies on the ribosome, the Nobel jury said.
Advertisement
Unsurprisingly then, the rest of the world is left to ask how the United States does it. The answer may be, in part, "It doesn't."

A look at the curricula vitae of this year's Nobel science winners -- which make up four of the six awards -- shows a complex patchwork of academics criss-crossing the globe to reach the top of their profession. First woman wins Nobel Economics Prize

"You have to ask where they studied," said Sharon Bertsch McGrayne, an American who has written a book profiling female Nobel laureates.

"Many of our scientists have done their post-docs in Europe," she said, pointing to high migration levels among top scientists.

This year's crop of laureates shows just how difficult it is to determine the nationality of globe-trotting laureates, especially based on Nobel citations which use citizenship at the time of award.

Charles Kao who shared the 2009 prize for physics for his work in developing fiber optics is a US citizen, but he was born in Shanghai, educated in London and now lives in Hong Kong.

Venkatraman Ramakrishnan, who shared the prize for chemistry, was born in India, works in Britain, but has US citizenship.

Australian-born Elizabeth Blackburn is also a US citizen, but studied at the universities of Melbourne and Cambridge before a post doctoral degree at Yale.

Willard Boyle, who won also shared the physics prize for his work on semiconductors, is Canadian and studied at Montreal's McGill University, but now has American citizenship.

Obama -- despite claims by his most vociferous critics -- is among the most unquestionably American of the laureates.

According to research from Britain's University of Warwick, published last January, scientific migration is common, and vastly beneficial to the United States.

"Nearly half of the world's most-cited physicists work outside their country of birth," the study said.

A survey of 158 of the most highly cited physicists showed systematic migration to nations with large research and development spending, most notably the United States.

"In 1987-2006, for example, five out of fourteen of all UK-educated laureates had moved to the USA by the time they won the Nobel prize."

Still, the United States can claim to have forged the institutes and universities that attract top-flight researchers for award-winning research.

According to State Department figures, every year the United States issues over 35,000 visas for exceptional scientists and others who flock to well-funded institutes.

But the real key to US Nobel dominance, according to Roger Geiger, a professor of education at Pennsylvania State University, is cash -- particularly the massive influx of cash to the US education system after World War II.

"We were funding research when others were not, or when others could not," he said pointing to post-war Europe's economic malaise. That advantage has stuck.

Still, Harvard's nest egg has shrunk by 10 billion dollars since the start of the fiscal year thanks to a financial crisis that Geiger says will erode American universities' attraction.

"The crisis has been longer and more deeply felt in the United States, that will have an impact," he said.

At the same time, European and Asian universities are increasing the type of innovative research that wins awards.

"Other countries have recognized the importance of this type of competition," said Geiger who sees change already taking place.

"The rest of the world is competing, the law of numbers says they will catch up. If you look at publication and citation counts, Nobel prizes are a lagging indicator."

In some disciplines, the playing field has already been leveled and could provide a glimpse of the competition if other regions match US funding levels.

Europeans still dominate the Fields Medal for mathematics or the Pritzker Prize for architecture, both areas which can require less research funding.

An American has not won the Nobel Prize for Literature since Toni Morrison's award 16 years ago. As one Nobel judge tersely put it Americans "don't really participate in the big dialogue of literature."

But in the sciences at least, Americans are not only part of the dialogue, but still have the last word, even if the word is spoken with a foreign lilt.

Nobel Medicine Prize Awarded to Trio for Research on Ageing

The winner of the Nobel Medicine Prize is to be revealed on Monday, kicking off a week of prestigious award announcements including the two that are perhaps most anticipated, Literature and Peace.

Amoebic Dysentery
News Archive
News Resource
Advertisement
News Category
Tale of Love Hormones Shaping our Responses to Society How to Reduce Needle Anxiety in Children? Tobacco Addiction: Here's How to Break the Habit Parents are 'Winging It' on Their Kids' Mobile Use Ankle and Ankle Movements While Riding an Hoverboard
More News
Sign up for Wellness Consult a Doctor Sign up for Selfcare