Why are Crows Left or Right Beaked When Wielding Tools? 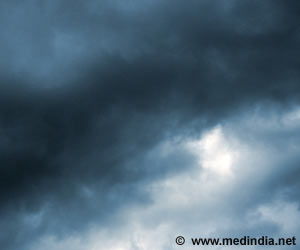 Known for their impressive stick-wielding abilities, New Caledonian crows show preferences when it comes to holding their tools on the right or the left sides of their beaks, in much the same way that people are left or right-handed. Now researchers reporting in the Cell Press journal Current Biology on December 4 suggest that those bill preferences allow each bird to keep the tip of its tool in view of the eye on the opposite side of its head. Crows aren't so much left- or right-beaked as they are left- or right-eyed.

"If you were holding a brush in your mouth and one of your eyes [was] better than the other at brush length, you would hold the brush so that its tip fell in view of the better eye," says Alejandro Kacelnik of the University of Oxford. "This is what the crows do."
Advertisement

The new study also suggests that the birds' extreme binocular vision characterized by an unusually wide field of view in comparison to other species-actually helps the crows see better with one eye at a time.


"Binocular vision is often connected to allowing the brain to compare the images seen by each eye, inferring properties of the scene from the differences between these images," explains Antone Martinho of the University of Oxford. "We thought that their binocular fields would facilitate binocular vision, perhaps allowing the birds to judge the distance from tool tip to target. It turned out that, most frequently, they only see the tool tip and target with one eye at a time."
Advertisement
In other words, the birds are using their notable binocular vision for better monocular vision, allowing each eye to see further toward the other side of the beak. The birds' unusually wide binocular field is among the first known examples of a physical adaptation to enable tool use, the researchers say.

The crows are one of the most innovative tool users in the animal kingdom, and for good reason. They must use sticks to extract larvae from burrows. In some ways, the New Caledonian crows have a tougher problem to solve than humans do when it comes to using tools, because they don't have the luxury of moving their eyes and beaks independently like humans can with their eyes and hands.

Nevertheless, the findings are a reminder of our shared animal natures, the researchers say.

Use of Botox Cosmetic for Crows Feet Approved by FDA
Wrinkles appear on the skin due to aging. Botox can now be used to reduce wrinkles due to crow's ......

Microwave Cooking Does Not Cause Cancer: ARPANSA
Extensive research provides no substantiated evidence that microwave exposure could either cause or ...

Microwave Ovens - A Sought After Gadget, but Fears Remain
Microwave ovens are here to stay despite anxiety about its safety. Like cell phones and so many ......