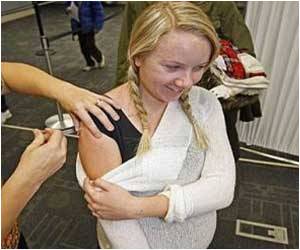 Women in the US pay higher health insurance premiums, to the tune of $1 Billion more than men do, said a report released early this week by the National Women's Law Center.

This is even when they tend to take better care of their health.

A working group of the National Advisory Council (NAC) on social security has recommended that biometric smart cards be used to distribute health insurance and social security benefits.
Advertisement

A 40-year-old woman who does not smoke in Louisville, KY pays $196 a month, compared to the $128 that a male smoker pays for the very same coverage with HumanaOne, according to data cited by the New York Times.


But this is not all - over half of the best-selling individual plans charge non-smoking women more than their cigarette-puffing male counterparts, says the Law Center report.

The price discrepancy for women underscores an ongoing gender gap for health coverage in the United States. In the vast majority states, insurance companies can charge women more than men for the same coverage because of what is called a 'gender rating'.

Oklahoma and 14 other US states have decided to wait for the Supreme Court's ruling on the validity of the Affordable Care Act.
Advertisement
<< Orchestrated Smell
NAC Recommends Health Insurance for All Indians >>

Health Insurance for Over 2.79 Crore Poor Families in India Through RSBY

Noscaphene (Noscapine) Diaphragmatic Hernia Indian Medical Journals Nutam (400mg) (Piracetam) A-Z Drug Brands in India Iron Intake Calculator Calculate Ideal Weight for Infants The Essence of Yoga Blood Pressure Calculator Loram (2 mg) (Lorazepam)
This site uses cookies to deliver our services.By using our site, you acknowledge that you have read and understand our Cookie Policy, Privacy Policy, and our Terms of Use  Ok, Got it. Close
×