WHO's Model To Eliminate AIDS in S.Africa Ridden With Flaws 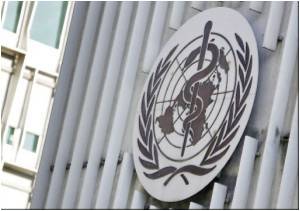 A new study has revealed that WHO's proposal to eliminate AIDS in South Africa has contains flaws not earlier considered.

In 2008, Reuben Granich and his colleagues at the World Health Organization proposed a new strategy for combating HIV in South Africa. Based on a mathematical model, the study suggested a "test-and-treat" strategy. This would involve, among other steps, testing the entire population of South Africa for HIV and immediately beginning anti-retroviral therapy for all who tested positive.


One aspect of the proposal that has not been examined, however, is the strategy's full estimated cost.


Now, UCLA researchers have done their own modelling study and found that the costs have been substantially underestimated.

Sally Blower of UCLA and Bradley Wagner of UCLA used their own sophisticated modelling techniques to duplicate the estimated cost curve used in the WHO report.

They found that key potential costs - including the expense of annual testing for a population of 32 million, the implementation of prevention programs and the "ramping up" of a health infrastructure that is currently overwhelmed - were not included in the proposed approach.he WHO report assumed that the maximum cost of treating a patient with first-line drugs would be 1,163 dollar a year, and treatment with second-line drugs - initiated when first-line therapy is no longer effective - would be 4,083 dollar a year.

The WHO authors also assumed that 97 percent of patients would need first-line drugs and 3 percent would need second-line drugs each year.

Using this information, and the estimated 4.5 million individuals who would, once identified, need treatment annually, the UCLA researchers constructed a maximum cost curve that, for the first five years after implementation, exactly matched the cost estimated by the WHO.Their cost curves are only based on treatment costs.

Most importantly, they also do not include any costs for the tenfold scaling up in the health care infrastructure that would be necessary to reach the entire population, she said.

The study has been published in the medical journal The Lancet.

Germany Grants 23 Million Euros to Fight AIDS in Africa
Germany has provided 23 million euros (34 million dollars) to help prevent AIDS in central Africa, the Organisation for the Coordination of the Struggle Against Epidemics in Central
READ MORE