WHO Says West Africa Ebola Outbreak Among 'Most Chilling' Ever 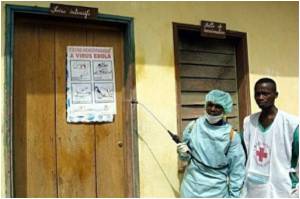 West Africa's Ebola outbreak, suspected to have killed 111 as of now, is among the "most chilling" ever to strike since the disease emerged four decades ago, said WHO on Tuesday.

"This is one of the most chilling Ebola outbreaks we have ever faced," said Keiji Fukuda, assistant director-general of the World Health Organisation.

Ebola Epidemic a Cause of Concern for Experts
The Ebola epidemic in West Africa which has claimed more than 90 lives and may now also have struck ...

Ebola Death Toll in Guinea Rises to 95
The number of deaths caused by the deadly outbreak of Ebola virus has risen to 95 in Guinea ......