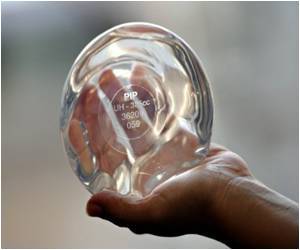 On Tuesday the World Health Organisation (WHO) interceded for the first time in the global agitation over faulty breast implants, urging women with implants to get medical advice in case of any concern.

"Persons with PIP or M-Implant prostheses should consult their doctor or surgeon if they suspect rupture, have pain or inflammation or any other concerns," UN's health agency said, referring to the brands implicated in the controversy.

After product's safety violation was reported on breast implants made by defunct French company PIP, Dutch health authorities on Wednesday urged recipients to remove them.
Advertisement

"Affected persons and physicians should take note of their national health authority recommendations and act accordingly," it said in a "Global Alert and Response" statement issued on its website.


Around 300,000 women in 65 countries are believed to have received implants made by Poly Implant Prothese (PIP), a now-defunct manufacturer in southern France, although some figures are much higher.

One in three faulty PIP breast implants rupture, thus seeping out silicone into women's bodies, warns a new study.
Advertisement
France, Germany and the Czech Republic have recommended that the devices be removed as a precaution but Britain has said it will not follow suit.

The prostheses were withdrawn from the European market in 2010 after France's health watchdog discovered they were made from sub-standard, industrial-grade gel.

The WHO said data about adverse events from the implants was sketchy and hoped for stronger reporting of episodes in order to get a clearer picture.

"While the rupture rate of PIP prostheses was observed to be higher than expected in France, rates reported by other national authorities vary," it noted.

The WHO statement links to health recommendations issued by 28 countries.