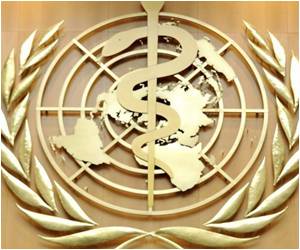 WHO said some 1.5 billion people across 149 countries are affected by the diseases, insisting additional investments would save lives, prevent disability, end suffering and improve productivity.


Dirk Engels, who heads the WHO department of control of neglected tropical diseases, told reporters in Geneva that Africa is the "continent where the most absolute number of these diseases occur," with many people suffering from more than one of them. He said some 450 million people in sub-Saharan Africa are at risk of contracting these diseases.
Advertisement
But the diseases also hit people across Latin America, the Middle East, Central Asia and Asia, and can even appear in European countries, Japan and the United States, the WHO said.

The WHO recommends countries invest $2.9 billion (2.5 billion) annually until 2020 to treat the diseases or fight the insects and other vectors that carry them. After that, it said, investment requirements for the subsequent decade would drop to $1.6 billion annually as the diseases are reduced or eliminated.

The total investment for 16 years adds up to $34 billion. Great strides have already been made in some places, WHO officials said, pointing to the elimination of river blindness in Colombia in 2013.

Bangladesh and Nepal are meanwhile on a path to beating visceral leishmaniasis, a disease transmitted through the bites of infected female sandflies, and which attacks the internal organs.

There were only 6,314 cases of sleeping sickness globally reported in 2013, the first time the number of new cases of the deadly parasitic disease had dropped below 10,000 annually in three decades.

WHO officials also said "good progress" was being made in bringing down the number of cases of Guinea worm and leprosy.

But they admitted there has been less progress in fighting yaws, a chronic bacterial infection affecting mainly the skin and bone, and in tackling cutaneous leishmaniases which causes face ulcers and disfiguring scars.

Yaws infects people in central and west Africa, Asia and Pacific Islands, whereas leishmaniases is mainly found in North Africa, the Middle East and Central Asia. "Yaws can be treated by a single dose of an antibiotic. We don't have a donation of medicines yet for yaws," Engels said.

But there is already a donation for the same antibiotic which is used to treat trachoma, which can cause blindness, and the WHO is trying to link the two in its negotiations for a treatment for yaws.

To help an eradication programme succeed it is important to find a so-called champion, Engels said, giving the example of the US-based Carter Center which has led the international campaign to eradicate Guinea-worm disease.

"We haven't yet found a champion that can pilot that (yaws) campaign," Engels said.

Achieve Complete Control of Tropical Diseases: WHO
The World Health Organisation is aiming for "complete control" by 2015 of tropical diseases that ......

Better Research and Improved Coordination Needed to Tackle Cholera and Other Tropical Diseases
Health experts have underlined the need for better research as well as improved coordination ......