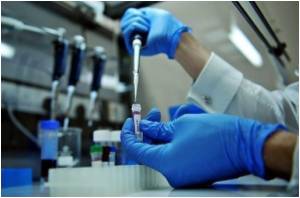 Multiple definitions of pandemic caused "confusion" and muddled the response, the head of a World Health Organisation probe into the international handling of the swine flu pandemic has said.

"This multiplicity has led to confusion and at least produced very different understandings of what the meaning of the field reality is," said Harvey Fineberg, chairman of the review committee of external experts formed in April.

Fineberg said after the third round of hearings by the panel in Geneva that it would consider recommendations seeking "at the minimum" clarity and consistency on the issue.


However, he told journalists that a system with several definitions that could be applied to different situations might be warranted.

The WHO declared the first flu pandemic of the 21st century in June 2009 as the new A(H1N1) influenza strain spread swiftly around the world less about six weeks after it was first uncovered in the United States and Mexico.

EMA Finds No Link of Swine Flu Vaccine and Narcolepsy

The European Medicines Agency said Thursday it had found no link between the Pandemrix swine flu vaccine and the sleeping disorder narcolepsy amid patient concerns, notably in Scandinavia.
Advertisement
It triggered a rash of costly emergency measures to guard against infection and a rush on doctors in some countries, but public concern about swine flu fizzled out later in the year as it proved to be less severe than feared.

A pandemic denotes global geographical spread, according to the WHO, but its flu alert system is also influenced by concerns about the potential severity of a virus, while some national definitions also differ.

Fineberg, who heads of the Institute of Medicine at the US National Academy of Sciences, said after several months of gathering testimony from a wide range of those involved in the swine flu crisis that many gaps in detail still had to be filled.

The experts, who will hold another public hearing in early November, are aiming to have a draft report ready for the WHO Director General in early January 2011, with the final version released in May, he said.

The European Commission urged EU nations to share the swine flu vaccine between the 'haves' and 'have nots' both within Europe and in the developing world, to help fight the pandemic.
Advertisement
<< How HRT and the Pill Can Lead to Breast Cancer
Severe Sepsis: Common Mortality Cause in ICUs >>

Anemia among Indian Women and Children Remains a Cause of Concern- National Family Health Survey-5
View all
News Archive
News Resource
News Category
Milestone In Voluntary Blood Donation Achieved Samsung Reinvents Toilet for the Poor Which is a Better Form of Exercise: Daily or Weekly? First Phase of Foot-and-Mouth Disease Vaccination Shocking News: Polio Cases Return After a Decade in the US
More News
Sign up for Wellness Consult a Doctor Sign up for Selfcare