WHO Concentrates on Illnesses Due to Bad Habits 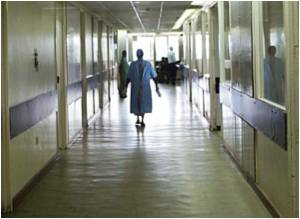 The 66th World Health Assembly Monday approved a plan for preventing and controlling non-communicable diseases, such as illnesses caused by alcohol consumption, smoking and obesity, which account for 60 percent of the deaths in the world and 69 percent of deaths in Latin America.

The plan sets nine new voluntary goals for preventing and controlling these illnesses, but the assembly urged member states to establish programs to deal with risk factors related to bad eating habits and lack of exercise.


Unhealthy habits and behaviors can lead to cardiovascular and respiratory diseases, such as hypertension, diabetes and cancer, causing 36 million deaths a year, the World Health Organization, or WHO, said.


Deaths related to smoking, a poor diet and bad exercise habits could rise to 55 million by 2030 if action is not taken, the WHO said.

Non Communicable Diseases to Be the Cause of Deaths in Poor Countries by 2115-World Bank
The World Bank said that Cancer, diabetes, obesity and heart disease, chronic illnesses in wealthy ....