White Population in S Africa on the Brink of Extinction, Possibly by 2161: Study 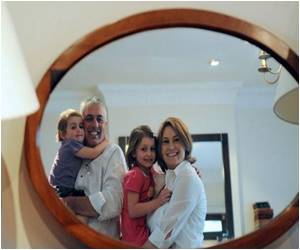 The white and Indian population in South Africa's is declining, while the previous figure could become extinct by the year 2161, reveals new study.

News 24 quoted a new report by the South African Institute of Race Relations that reveals that the country's white population was declining by about 0.3 percent every five years.

The decline has been attributed by the institute to lowered fertility rates affecting the middle class across all population groups, as well to continued white emigration.


City Press extrapolated the figures and discovered that, if the current decline trends persisted, white South Africans would be extinct by the year 2161.

Infertility is a condition wherein couples fail to achieve pregnancy or if the woman has been unable to carry a pregnancy that results in a live birth.
Advertisement
Figures contained in the institute's yearly South Africa Survey showed that South Africa's white and Indian population were declining, while the country's coloured and black African population groups were growing.

Frans Cronje, the deputy chief executive of the institute, said there was a "lot of controversy" around the figures, because South Africa's population statistics may be off by as much as 10 million."

Cronje said the country's white population was declining because of lowered fertility rates among women that was a "symptom of the middle class".

The current trend among the working-class people is to postpone the starting of a family. This will lead to dramatic rise in the incidence of infertility.
Advertisement
Advertisement
This site uses cookies to deliver our services.By using our site, you acknowledge that you have read and understand our Cookie Policy, Privacy Policy, and our Terms of Use  Ok, Got it. Close
×