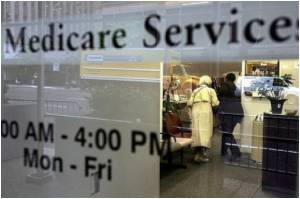 Hospitals and medical centers are required to report their quality-of-care and risk-standardized outcomes for stroke and other common medical conditions as part of the Affordable Care Act. But reporting models for mortality that don't consider stroke severity may unfairly skew these results.

Now, A UCLA-led national study has found that when reporting on 30-day mortality rates for Medicare beneficiaries hospitalized with acute stroke, using a model that adjusts for stroke severity completely alters performance outcomes and rankings for many hospitals.

The Affordable Care Act has increased insurance coverage in little ways and has accelerated changes already taking place in the US healthcare system.
Advertisement

The new findings, published in the July 18 issue of JAMA: The Journal of the American Medical Association, point to the critical need to include stroke severity in models used for reporting hospitals' risk-standardized mortality rates.


The findings are especially relevant now, since the federal Centers for Medicare and Medicaid Services and other health care payers, such as private insurance companies, are considering including a 30-day mortality outcomes measure for acute stroke. Such risk models and performance rankings are used to assess the quality of care at hospitals, and if facilities don't measure up, they may receive lower payments, would not be eligible for incentives and could even be fined.

A new study found that nearly 90 percent of Californians under 65 years of age will be covered by health insurance
Advertisement
Every hospital has a different mix of cases and severity levels when it comes to stroke patients. Larger hospitals  particularly those equipped with certified stroke centers, trauma units and neurological rehabilitation programs  tend to treat the more severe cases. Patients seen at these facilities are often sicker and have additional health issues, so they generally have higher mortality rates than less severe stroke patients. If the acuity of stroke cases isn't taken into consideration, the researchers say, it can skew hospital mortality rates and outcomes measures.

"Without adjusting for stroke severity, the outcome measures may favor hospitals treating less severe strokes, regardless of whether these hospitals' approaches to patient management contributed to better or worse patient outcomes," said the study's first author, Dr. Gregg Fonarow, UCLA's Eliot Corday Professor of Cardiovascular Medicine and Science and director of the Ahmanson-UCLA Cardiomyopathy Center at the David Geffen School of Medicine at UCLA.

The research team found that more than a quarter (26.3 percent) of hospitals that ranked in the top or bottom 20 percent for risk-standardized mortality would be ranked differently using a model that adjusted for initial stroke acuity. Of those hospitals with "worse than expected" mortality, more than half were reclassified as having "as expected" mortality after adjusting for stroke severity. The researchers found that a model that utilized a stroke severity measure demonstrated greater accuracy between actual and predicted mortality rates for Medicare stroke patients than a risk model that did not.

"Outcomes measures that do not adequately discriminate stroke mortality risk may lead to rankings based on these models that distort hospital profiling and quality assessment," said study author Dr. Jeffrey Saver, a professor of neurology at the David Geffen School of Medicine at UCLA and director of the UCLA Stroke Center.

Fonarow also noted that it is important to carefully consider that rewarding or punishing hospitals for acute stroke outcomes on the basis of a risk model that doesn't account for stroke severity may misalign incentives. As a result, hospitals may consider turning away patients with more severe strokes or transferring them to other hospitals after they've been assessed by the emergency department to avoid being misclassified as having a higher mortality risk.

For the study, the researchers used data from 782 hospitals participating in the American Heart Association/American Stroke Association's Get With the Guidelines-Stroke (GWTG-Stroke) quality-improvement program between April 2003 and September 2009.

Specifically, they looked at 127,950 fee-for-service Medicare beneficiaries who were hospitalized for stroke and whose initial acuity level had been assessed with the National Institutes of Health Stroke Scale (NIH Stroke Scale), a bedside tool used by doctors and nurses to evaluate the effects of strokes on various areas, including consciousness, language, motor strength and sensory loss. The team also utilized corresponding administrative claims that were obtained from the Centers for Medicare and Medicaid Services.

"We found that a hospital's variance from its expected, risk-standardized 30-day mortality outcomes, relative to its peers, frequently changed based on which risk-adjustment model was applied," Fonarow said.

The researchers also ranked hospitals using both risk models to reflect a top 20 percent, a middle 60 percent and bottom 20 percent  all categories that are commonly used in pay-for-performance programs in which the top performers are eligible for bonus payments and the bottom performers may receive a lower penalty payment.

More than 40 percent of hospitals identified in the top or bottom 5 percent for risk-adjusted mortality would have been reclassified into the middle mortality range using a NIH Stroke Scale model, the researchers said.

"The inclusion of stroke severity may be essential for optimal ranking of hospitals with respect to 30-day mortality," Fonarow said. "Such an outcomes measure has the potential to give both patients and clinicians important feedback concerning a hospital's quality of care."

A critical question confronting clinicians, hospitals, payers and policymakers is whether current and emerging measures that assess 30-day mortality are adequate for public reporting and for use in rewarding and penalizing hospitals.

The researchers noted that not all conditions need to include a clinical severity index to achieve accurate 30-day mortality risk profiling. According to Fonarow, heart attack, heart failure and pneumonia are examples of conditions for which risk models based on health insurance claims data alone have demonstrated adequate performance when compared with clinically derived data  unlike stroke. As stroke severity has been shown to be a key determinate of outcomes, it logically follows that a measure of stroke severity would be essential for optimal discrimination of risk, he said.

Fonarow added that it may take more time and a requirement from Medicare to incorporate initial stroke severity into the data-collection system. During this study, the researchers found that the NIH Stroke Scale information was recorded for only 50.7 percent of patients hospitalized for acute stroke nationwide.

The authors noted some limitations of the study, including the fact that only fee-for-service Medicare beneficiaries age 65 or older were studied and that outcomes other than 30-day all-cause mortality were not accessed.

The Affordable Care Act (ACA) is likely to have an unintended negative fallout on health care for many veterans in the US.
Advertisement
<< Ethical Implications of Testing for Alzheimer's Disease Ris...
Helping Alzheimer's Patients >>

Stroke
News Archive
News Resource
Advertisement
News Category
Milestone In Voluntary Blood Donation Achieved Samsung Reinvents Toilet for the Poor Which is a Better Form of Exercise: Daily or Weekly? First Phase of Foot-and-Mouth Disease Vaccination Shocking News: Polio Cases Return After a Decade in the US
More News
Sign up for Wellness Consult a Doctor Sign up for Selfcare

Find a Hospital Drug Interaction Checker Selfie Addiction Calculator Accident and Trauma Care Post-Nasal Drip Iron Intake Calculator Calculate Ideal Weight for Infants Pregnancy Confirmation Calculator Blood Pressure Calculator Sanatogen
This site uses cookies to deliver our services. By using our site, you acknowledge that you have read and understand our Cookie Policy, Privacy Policy, and our Terms of Use