What Happens When You Give Up? 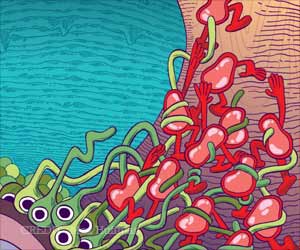 You may feel so defeated, lost, or alone at a point, and ready to give up or quit. But, have you wondered what happens when you decide to give up? Check out this new study to know the actual science behind giving up.

What happens when we give up?

Adolescent depression is an ailment that occurs during the teenage characterized by persistent melancholy, disappointment and loss of self-esteem.
Advertisement
‘What happens when you decide to give up? At the point of giving up, a group of cells known as nociceptin neurons get very active and suppress dopamine, a chemical associated with motivation.’
Tweet it Now

Inside the brain, a group of cells known as nociceptin neurons get very active before a mouse's breakpoint. They emit nociceptin, a complex molecule that suppresses dopamine, a chemical largely associated with motivation.


The findings, reported in Cell, offer new insight into the complex world of motivation and reward.

The nociceptin neurons are located near an area of the brain known as the ventral tegmental area. The VTA contains neurons that release dopamine during pleasurable activities. Although scientists have previously studied the effects of fast, simple neurotransmitters on dopamine neurons, this study is among the first to describe the effects of this complex nociception modulatory system.

It is imperative to manage stress during economic recession. Look at the positive side; it is always followed by economic prosperity. So why worry!
Advertisement
"We are taking an entirely new angle on an area of the brain known as VTA," said co-lead author Christian Pedersen, a fourth-year Ph.D. student in bioengineering at the University of Washington School of Medicine and the UW College of Engineering.

"The big discovery is that large complex neurotransmitters known as neuropeptides have a very robust effect on animal behavior by acting on the VTA," said Pedersen.

The research team said this discovery could lead to helping people find motivation when they are depressed and conversely decrease motivation for drugs in substance- abuse disorders, like addiction.

The discovery came by looking at the neurons in mice seeking sucrose. The mice had to poke their snout into a port to get sucrose. At first, it was easy, then it became two pokes, then five, increasing exponentially, and so on. Eventually, all the mice gave up. Neural activity recordings revealed that these "demotivation" or "frustration" neurons became most active when mice stopped seeking sucrose.

In mammals, the neural circuits that underlie reward-seeking are regulated by mechanisms to keep homeostasis - the tendency to maintain internal stability to compensate for environmental changes. In the wild, animals are less motivated to seek rewards in environments where resources are scarce. Persistence in seeking uncertain rewards can be disadvantageous due to risky exposure to predators or from energy expenditure, the researchers noted.

Deficits within these regulatory processes in humans can manifest as behavioral dysfunctions, including depression, addiction, and eating disorders.

Senior author Michael Bruchas, professor of anesthesiology and pain medicine and of pharmacology at the University of Washington School of Medicine is one of the principal faculty in UW's new Center for Neurobiology of Addiction, Pain, and Emotion. He said the findings could go a long way into finding help for patients whose motivation neurons are not functioning correctly.

"We might think of different scenarios where people aren't motivated like depression and block these neurons and receptors to help them feel better," he said. "That's what's powerful about discovering these cells. Neuropsychiatric diseases that impact motivation could be improved."

Looking to the future, he said, these neurons could perhaps be modified in people seeking drugs or those that have other addictions.

Stress is a part of everyday lives. It can be beneficial to an extent, but when it disrupts the equilibrium in which our nervous system is capable of performing better, it becomes troublesome.
Advertisement

Mental well-being is a concern and abnormal coping of emotions can lead to neurosis or psychosis. Mental illnesses can range from depression, anxiety, phobias to schizophrenia and affective disorders.

What Happens When You Give Up? Personalised Printable Document (PDF)