What Could Make Women Happier, Healthier and Even Thinner 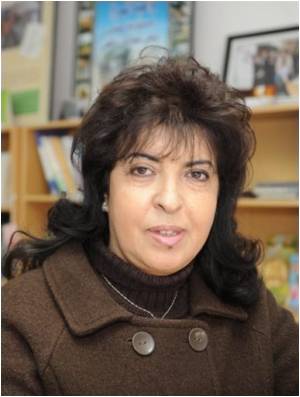 The best way for women to be happier, healthier and thinner is to live like a bloke.

Here's how you can benefit from a bit of "bloke health".

Join a team sport - Most women give up on sport to join a gym instead.


"Yet men don't really consider their weekly game a workout: it's a social event for them," The Daily Telegraph quoted psychologist Lydia Ievleva as saying.
Advertisement
"Any sport which involves friendship will help women feel less alone, rather than languishing in their worries," she added.

Drop the mop - "Women tend to view keeping a clean and tidy home as one of their main tasks of the day, compared with men's priority of doing outdoor tasks," said wellness coach Fiona Cosgrove.

Instead, ask for help without making it look like nagging.

Trust your own decisions - Instead of running off to talk to your gal pal about every problem, try to keep them to yourself and decide how you need to deal with it - just as men usually do.

A study at Columbia University's Teachers College found that those who kept their emotions in check were better adjusted and became less distressed by events.

"They get to the point, keep it real and keep it simple," said Dr Elizabeth Celi.

Do one thing at a time and be more productive - Celi said men set boundaries and focus completely on the task at hand.

"They'll reach a resolution quickly, with time left over for the next task," she said.

"For some women, combining multi-tasking with a superwoman mentality is a recipe for going mad!"

Lose the guilt about food and eat better - "If a man has a day when he eats too much, he'll probably shrug and begin his eating plan again the next day. Whereas women tend to feel that they've ruined their chances at weight loss if they 'slip up'," said Dr Tim Gill.

So quit worrying about your diet and just get back to your routine as soon as possible.

Commit to a goal - If you're a man you're more likely to achieve your goals.

"Lists appeal to a woman's sense of responsibility, so you'll be more likely to follow through."

Work out - Maintaining muscle mass is important to keep you slim, as well as preventing osteoporosis and type 2 diabetes.

"Using your own body weight is ideal," says Dr Gill.

"Try sit-ups, push-ups and hill or stair walking to build your muscle mass," he added.

Source: ANI
Advertisement
<< The Warmth of Being With Friends Akin to Cuddling Inside a ...
Women Good at Socializing at Work, but Networking Skills ar... >>

Naturally Thin Women at a Greater Risk of Osteoporosis
A new study has found that young women who are constitutionally or severely thin, may suffer from .....

Miss England Urged to Put on Weight for Miss World Contest
Miss England Georgia Horsley has been asked to put on weight to increase her prospects of bagging .....