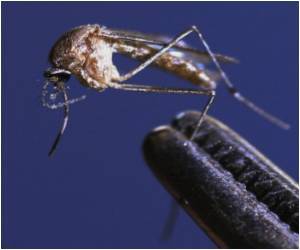 At least three people have succumbed to mosquito-borne West Nile virus in Serbia, according to a report.

The virus was first detected in the US in 1999, according to US government agency Centers for Disease Control and Prevention (CDC).

The United States has seen at least 1,118 cases of West Nile virus this year, the most since the mosquito-borne disease was first detected in 1999, with 41 deaths, authorities said Wednesday.
Advertisement

The virus has been reported in 1,993 cases, resulting in 87 deaths, till the beginning of September, the CDC said.


The first death in Serbia was registered in August and two more people died in the first week of September.

At least 30 people infected with the virus have been hospitalized, said Olga Djulovic, director of the Belgrade Infective Clinic.

Mosquitoes Behind Spread of West Nile Virus Infections in Humans

Mosquitoes has been found to be the cause of spread of West Nile virus.
Advertisement
Doctors said the virus was transported to Europe by migrant birds, but few cases have been reported elsewhere in Europe so far.

However, infections have been discovered on animals and birds in Croatia and Serbia, reports said.

Serbian media has criticized health authorities of hiding the truth, instead of taking precautionary measures immediately. But Djulovic said the exact cause of the three deaths was determined only a few days ago.

Five people have died and over 100 have been infected in an outbreak of the West Nile virus in Volgograd, central Russia, where two million people are at risk of catching the mosquito-borne
Advertisement
<< Adults Recommended Hypertriglyceridemia Screening Every Fiv...
Prevalence of Unrecognized Heart Attacks Among Older Adults... >>