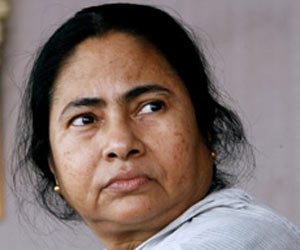 Quoting the report of a visiting team of the National Vector Borne Disease Control Programme (NVBDCP), Banerjee said: "They have mentioned that there is haphazard use of rapid tests in private clinics".


She said the central team has also strongly disapproved the way the Howrah Municipal Corporation (HMC) run by the Left Front was charging money for conducting blood tests in its clinics. "I have instructed them to stop it."

She instructed Municipal Affairs minister Firhad Hakim to visit Howrah town and monitor the functioning of the civic authorities there.

Turning to the Kolkata Muncipal Corporation (KMC) run by her own party, Banerjee criticised it for "negligence" in taking a clean-up drive, identifying larvae breeding spots and preventing the accumulation of stagnant water.

Banerjee instructed the KMC to begin the drive for next year from February.

However, she also patted the civic body for going all out in keeping the city clean. "For the first time, the roads in Kolkata are being cleaned thrice. But still, because of eateries, garbage accumulates again".

Calling for efforts at the individual level to keep the city clean, she said nurses and trainee nurses attached to the health department are going from door to door in the satellite township of Salt Lake explaining the dos and don'ts for dengue.

"In Kolkata, the KMC has already covered 12 lakh houses. I also appeal to all corporation councilors to go door to door."

She said the KMC had already come out with leaflets about what needed to be done and avoided. The health department is also splashing advertisements in the electronic and print media to increase awareness.

Banerjee also requested the media to publicise that dengue patients should not take aspirin.