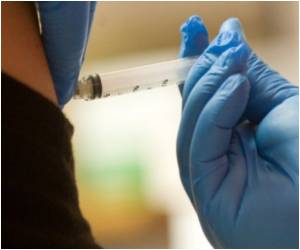 Australian police are investigating whether women treated at an abortion clinic were deliberately infected with hepatitis C, as the number of cases linked to the centre rose to 22.

Police said they were probing how patients at the Melbourne medical centre, which performs late-term abortions, contracted the disease, which is transmitted via blood and can develop into cirrhosis and liver cancer.

"Detectives are working to discover whether any criminal activity led to the spread of hepatitis C to patients at the facility between 2008 and 2009," police said in a statement.


Asked if this would include looking at whether the women were deliberately infected, a police spokeswoman told AFP: "That would form part of the investigation."

Birth defects are abnormalities, which occur before the birth of the baby and can be caused due to genetic, environmental and other unknown reasons.
Advertisement
Health officials said 44 women who attended Melbourne's Croydon Day Surgery have so far tested positive for the virus, with 22 of those cases linked to the clinic.

Fourteen women are awaiting further testing to find out if their strain is linked to the centre, while eight others have already recovered, meaning officials cannot tell whether their illness was related to the cluster.

Previous tests of all staff members at the centre found a anaesthetist working there had hepatitis C. Those women being urged to have tests all underwent a procedure at the clinic involving this doctor, who was suspended in February.

The case came to light early this year when 12 women who attended the clinic were found to have contracted the disease -- with nine later linked to the doctor through exhaustive genetic testing of the infection's strain.

"The more cases you find in this instance, it becomes more and more difficult to explain this by an accidental means," he said.

Carnie said the government was attempting to contact all women whose treatment involved the suspended anaesthetist between 2006 and 2009.

He said some people can recover from hepatitis C without treatment, but in other cases medication would be necessary.

Hepatitis C is a contagious viral disease affecting the liver that is caused by the hepatitis C ...

Vasculitis is an inflammation of the blood vessels of the body that can affect people of all ages; it is ...
This site uses cookies to deliver our services.By using our site, you acknowledge that you have read and understand our Cookie Policy, Privacy Policy, and our Terms of Use  Ok, Got it. Close
×