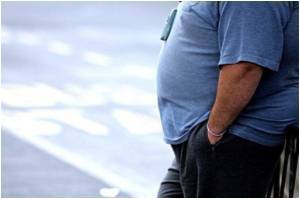 The Weight Watchers diet could play a vital role in helping the NHS to deal with obesity-related health problems, experts say.

Two studies conducted by the Medical Research Council have shown that Weight Watchers is a cheap and effective way for the NHS to tackle Britain's huge obesity problem.

"There is a huge pessimism among health professionals that it is just hopeless and nothing works," the Guardian quoted Susan Jebb, a leading nutritionist as saying.


Jebb and colleagues carried out two pieces of work.

One was an audit of the weight loss of almost 30,000 people who had been put on a 12-session course by their GP.
Advertisement
The other was a research trial, comparing the progress over a much longer period of people who went to Weight Watchers with those who got normal care and support from their GP practice.

On average, the weight loss of those referred by their GP was 2.8kg (6lbs). But that average included those who went only once and some who didn't go at all.

More than half - 58 percent - completed the course. Their average weight loss was 5.2kg and they lost at least 5 percent in weight.

"That's the point when you can be pretty confident you will get clinical benefits," said Jebb.

Even better, 12 percent lost more than 10 percent in weight.

About 800 people took part, randomised either to a Weight Watchers course or to their local health service care. This time they were followed up for a year to see whether those who lost weight kept it off.

Those who completed a year of Weight Watchers lost nearly 7kg, but those who were managed by their GP lost 3.9kg. About two-thirds of the Weight Watchers group lost 5 percent in weight, compared with one third of the others.

Jebb said the data tells us "this is an effective way of getting people to lose weight. It's the standard package (that works) - not individual group leaders."

But Weight Watchers has its own limitations too.

"Weight Watchers and its counterparts are not going to be the kind of thing that every overweight person wants to do. Something like 90 percent were women. It just doesn't appeal to men," she said.

She also thinks there may be other demographic issues. Weight Watchers members are also overwhelmingly white and it may appeal to some social groups more than others. But it may be possible to tailor the approach, such as by offering it via the internet.