Weight Loss Regardless of Psychiatric Medication Use: Study

People who are on antidepressants and/or antipsychotics can lose weight whether or not they take psychiatric medications, stated study published online today in Obesity, the flagship journal of The Obesity Society. The study is the first to examine weight loss outcomes in individuals taking anti-depressants or anti-psychotics alone, in combination or not at all.

"The results of this study are relevant not only to the healthcare professionals providing care to those who have both excess weight and mental illness, but also to the patients who experience these comorbidities themselves," said Rebecca Christensen, a PhD student at the University of Toronto's Dalla Lana School of Public Health in Canada. Christensen served as the study's lead and corresponding author.

Many of the medications used to treat mental health disorders are known to cause weight gain. However, it has remained unclear, if taking these medications would put people at a disadvantage for weight loss.


‘Individuals who have mental health conditions are at an increased risk of having obesity. ’


To determine their findings, researchers reviewed data from 17,519 patients enrolled in a life-style weight loss program at the Wharton Medical Clinic (WMC) in Ontario, Canada. For referrals to the weight management clinic, patients needed to have a body mass index (BMI) of greater than 27 kg/m2 with at least one weight-related comorbidity or a BMI of greater than 30 kg/m2. Participants consented to have their medical data used, and the data collected spanned from July 2008 to July 2017.

Height and weight measurements were taken by a trained medical professional, and patients met with a physician and/or bariatric educator monthly for dietary and physical activity suggestions based on current life-style practices. WMC staff provided treatment in accordance with Canadian clinical practice guidelines on the management and prevention of obesity in adults and children and the National Institutes of Health guidelines on the identification, evaluation and treatment of overweight and obesity in adults.

"The results of this study are promising," said Christensen.

"Significant strengths of the study included a large sample size and treatment with no additional cost to patients as part of the Canadian healthcare system, " said Robert I. Berkowitz, MD, FTOS, Professor of Psychiatry and Pediatrics at the Center for Weight and Eating Disorders, Perlman School of Medicine at the University of Pennsylvania, and at the Children's Hospital of Philadelphia.

Berkowitz, who was not part of the study, added that "future research is needed to increase the duration of treatment, as well as to consider adding other treatment methods to the lifestyle modification program in order to increase the amount of weight loss obtained in this important population of patients typically excluded from weight loss trials, those who have psychiatric disorders." Christensen agreed that additional research is needed to corroborate the results.

Quiz on Antidepressants
The use of antidepressants is quite common with an increase in stress-related depression of the modern world. The tricyclic antidepressants like amitriptyline and imipramine are among the older drugs for the treatment of depression. Newer drugs like ...
READ MORE 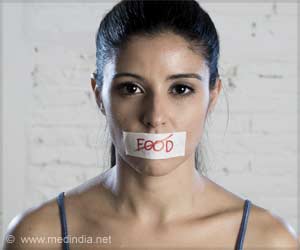 Intermittent Fasting may Regulate Blood Glucose Even With No Weight Loss
New study has found that intermittent fasting may regulate blood sugar (glucose) levels even when accompanied by little-to-no weight loss.
READ MORE 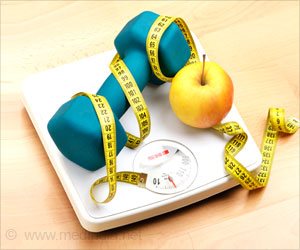 Key to Successful Weight Loss Uncovered
Consistency in the time of day that they exercised, with early morning being the most common time was found to be the key to successful weight loss.
READ MORE