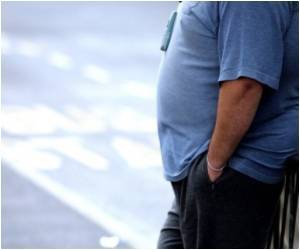 A crucial period when young people are more likely to gain weight and, if they do so, it is hard to loose has been identified by researchers.

Melbourne's Murdoch Childrens Research Institute (MCRI) took notice of the weight of more than 1500 young people for a decade, as they aged from 14 to 24 years old.

Their weight gain accelerated in the years after they left school, with obesity rates doubling and the proportion of those classified as overweight increasing by two thirds.


George Patton at the MCRI, said adolescence was a time of "tremendous physical and emotional changes" also often accompanied by a "drop-off in exercise and a rise in poor eating affecting future patterns of weight gain and obesity".

Low calorie meals or diet include foods that are high on nutritional content and yet have fewer calories. Updated information about low calorie diet or low calorie foods and its health benefits.
Advertisement
"With the obesity epidemic, we have seen a big focus on younger children," the Sydney Morning Herald quoted Patton as saying.

"But we may be missing a real opportunity to take action during adolescence to prevent weight gain in young adults," he said.

One in three young Australians in the study were overweight or obese by the time they turned 24 years old.

The proportion of overweight participants increased from 20 per cent in mid-adolescence to 33 per cent at 24 while obesity rose from 3.6 per cent to 6.7 per cent.

Girls outweighed boys during their teen years, with 22 per cent of girls overweight compared with 18 per cent of boys.

But this was reversed by age 24, with the proportion of overweight men increasing to 39 per cent compared with 27 per cent of women.

Patton said obese teenagers were unlikely to shift the weight in later years, with 60 per cent still obese and none returning to a normal weight in their 20s.

"These differences lead to females being more likely than males to take measures to control their weight and may explain the gender differences in weight gain," he added.

The study was published in the Journal of Adolescent Health.

Medications are among the lesser-known yet common causes of weight gain. Switching over to a lesser ...

Being physically very active is the mantra to prevent pediatric obesity rather than concentrating efforts at ...