Weight-Gain in Women can be Prevented by Supportive Community Programs 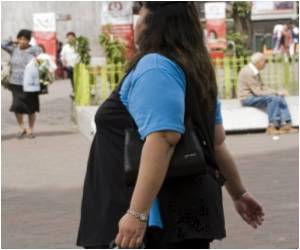 A new study says that women who attend programmes about healthy eating are less likely to gain weight and become more physically active than women who receive a one-off information session on dietary guidelines.

Two hundred and fifty adult women with an average age of 40 took part in the research.

Women within the healthy weight range were included as well as overweight and obese women.


One group (intervention) of 127 women attended the HeLP-her programme which consisted of four one hour group sessions of 10-30 participants.

Simple messages about food intake and physical activity were discussed, as were behavioural strategies such as problem solving, relapse prevention, self-monitoring and personal goals.

Low calorie meals or diet include foods that are high on nutritional content and yet have fewer calories. Updated information about low calorie diet or low calorie foods and its health benefits.
Advertisement
The other group (control) consisted of 123 women who attended a lecture about healthy eating and the benefits of physical activity.

No individual advice was given but participants were weighed and measured.

Both the groups were measured after 12 months.

The results show that on average the control group gained 0.83kg (nearly 2 pounds) and this was not seen in the intervention group.

Participants in the control group who were less than 40 with a healthy body mass index gained the most weight (1.72kg or over 3.5 pounds).

In contrast, young participants in the intervention group lost around 0.27kg (half a pound).

This group also had better results for tests linked to heart disease, such as cholesterol levels.

"Our findings suggest that excess weight gain in women may be prevented by using a low intensity community based programme that promotes self management and includes personal contact with ongoing remote support," said the researchers.