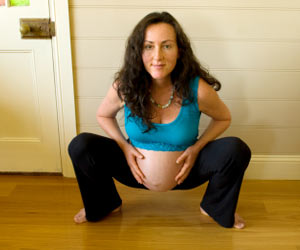 Researchers will report findings that suggest that consistent physical activity and healthier lifestyle changes beginning in a woman's first trimester can prevent excessive weight gain in obese pregnant women (with a Body Mass Index greater than 30), helping to avoid preterm delivery, hypertension and gestational diabetes in a study to be presented on February 15 between 1:15 p.m., and 3:30 p.m. PST, at the Society for Maternal-Fetal Medicine's annual meeting, The Pregnancy Meeting , in San Francisco.

This randomized study, entitled Occurrence of pregnancy complications in women with BMI >25 submitted to a healthy lifestyle and eating habits program, should help physicians understand why it is important to offer more specific advice to obese women who are pregnant regarding the amount of weight they should gain during their pregnancy.

"Weight gain should be monitored related closely to the starting weight. If you start with normal BMI [defined by weight before pregnancy divided by height measured in squared meters] could increase 11-16 kilograms. But if you are obese, the expectation is that you should only gain 5-9 kilosmore or less just the weight of the pregnancy" said Dr. Fabio Facchinetti, referencing the Institute of Medicine (IOM) in the United States.


Researchers from the University of Modena and Reggio Emilia's mother-infant department teamed up with their colleagues in the clinical diagnostic medicine and public health department to create a Therapeutic Lifestyle Changes (TLC) Program. The 33 women in the treatment group followed a regimen of 1500 kcal/day diet coupled with mild physical activity (30 minutes/day, 3 times/week). Twenty-eight women in the control group just received general advice from their OB/GYN. They only worked with single pregnancies and treatment began at 12 weeks.
Advertisement
Their research shows that of the obese subgroup of women [those in TLC group with BMI>30] who stuck with a proper diet and exercise, 77.8 percent were able to stay within the allotted weight gain limit, as opposed to only 30 percent from the control group. Additionally, the rate of, hypertension, preterm delivery and gestational diabetes was significantly lower in the TLC group.

"The diagnosis of gestational diabetes is done [by having the women drink] 75 grams of glucose and looking at the levels after one and two hours," said Facchinetti. "In our study, we found [after monitoring the glucose levels] that 57 percent of obese women in the non-treatment group had diabetes whereas in the treatment group, it was only 21 percent. This is important because [the glucose test] was done at 16-18 weeks and, even if negative, repeated at 24 weeks. In other words, if the first evaluation occurred just 12 weeks after the treatment began, the small amount of time was enough to correct the body's level of glucose."