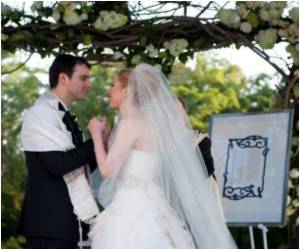 Young men and women in search of lifetime partners in Morocco increasingly head for the souk, in this case a "cyber" marriage souk.

In a country where many marriages are still arranged, a click of a computer mouse will take the Internaut to Soukzouaj, a free site where thousands of lonely hearted young Moroccans look for their soul mates


"So it's recent but it's really successful because it's free and it's near."

Every day almost 2,600 prospective partners visit the site, two thirds of them women. Its shows a map of Morocco divided into 16 sections, and the user can click on the part of the country they choose to start their search.

Divorce can be traumatic for children and create a sense of insecurity amongst them. Couples should realize that joined parenting is important even after divorce.
Advertisement
"Today, for example, there are 1,670 posts from women as against 870 from men. To my mind that means women are more daring than men," Nejjar observed.

"Most of the posts show there is a great desire for commitment and 'seriousness', in what they call 'halal', that is to say legal, which is in line with religious norms. In short, marriage."

Observers of Moroccan society regard matrimonial sites as a new phenomenon, linked to new forms of communication, even if there are many family-arranged marriages in a country where Islam is the state religion.

"They want husbands who love them, who respect them, men not smothered by their mother, who allow them to live far from their in-laws."

She says that the success of soukzouaj, quite apart from the fact that it is free, in a country where arranged marriages are common, is due to the fact "that young girls no longer accept the first suitor who knocks at their family's door, or whom the family suggests."

Latest official figures show more than 13 million surf the net in this North African kingdom of about 32 million residents.

The Internet has also played a role in recent demonstrations for pro-democracy reform in Morocco, following a trend across the Arab world that started in Tunisia where sweeping protests led to the ouster of president Zine el Abidine Ben Ali in January.

The first rallies in several Moroccan cities on February 20 were in answer to a call by young people via Facebook.

On Soukzouaj, most of the posts by women, in the Moroccan dialect, darija, and French, emphasise the need for "respect" for them and a requirement that the prospective spouse be a "practising Muslim".

"Young Moroccan woman, teacher, seeks Muslim with a good heart, good man, who respects women and is generous from every point of view," reads one post.

The men, for their part, highlight their social standing and "seriousness".

"I am Simo, 28, from Rabat, computer engineer in a ministry, practising, nice and very serious, looking for serious girl from same city for serious relationship which, God willing, will result in a bright and holy marriage," said one man in search of the wife of his dreams.

The arrival of marriage sites demonstrates the upheavals and changes resulting from the modernisation of part of Moroccan society, observers say.

"We see, too, that there is a lot of loneliness, disappointment among both men and women," said Nâamane Guessous.