We Manage Our Health Depending On Our Genome 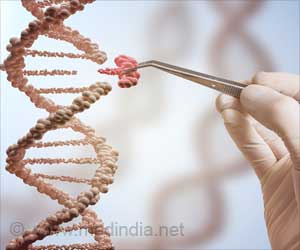 Genetic testing is being proposed as a way of identifying individuals who are 'genetically susceptible' to future disease. Geneticists from the University of Geneva have taken an important step towards true predictive medicine.

Exploring the links between diseases and tissue-specific gene activity, they have been able to build a model that constitutes a first step towards the identification of specific sequences in the non-coding genome signalling their pathogenicity in the context of a specific disease. In a second study, they went even further by associating particular disease risks - including schizophrenia, cardiovascular disease and diabetes - to the variability of genome activity in various cell types, with surprising results.

Advertisement
‘knowledge of genetic predisposition or susceptibility to major diseases heralds the prospect of shifting medical practice from its current emphasis on diagnosis and treatment to an exciting new era of prediction and prevention.’

Their discoveries, which can be read in two articles published in Nature Genetics, may very well revolutionize how each one of us, depending on our genome, manage our health.


Both studies rely on data gathered through the Genotype-Tissue Expression (GTEx) international project consortium, launched in 2010 and co-led by Professor Emmanouil Dermitzakis, geneticist at the Faculty of Medicine of the University of Geneva (UNIGE) and Director of the newly established Health 2030 Genome Centre. The GTEx project was designed to sample as many tissues as possible from a large number of individuals in order to understand the causal effects of genes and variants. Data made available in the past 7 years helped scientists around the world make tremendous progress in the analysis of tissue-specific genome variation and predisposition to disease.
Advertisement
Examining many different types of human tissues sampled on hundreds of people gives new insights into how genomic variants - inherited spelling changes in the DNA code - can control how, when and how many genes are turned on and off in different tissues, and increase individuals' risk to a wide range of diseases. One of the main findings of the GTEx consortium is that the same variant can often have a different effect depending upon the tissue in which it is present. For example, a variant that affects the activity of two genes associated with blood pressure had a stronger impact in the tibial artery - even though there was greater gene activity in other tissues.

To gauge how variants affect gene activity, researchers perform eQTL analysis. An eQTL - or expression quantitative trait locus - is an association between a variant at a specific genomic location and the level of activity of a gene in a particular tissue. Comparing tissue-specific eQTLs with genetic disease associations therefore provides insights into which tissues are the most relevant to a disease.

If it is now possible to locate an association between a genomic region and a phenotype (a disease, for instance), scientists are however unable to precisely determine what nucleotide- the bricks of our DNA- when mutated contributes to the phenotype in question. "Pinpointing the nucleotide is the ultimate resolution we require to understand how genome variability contributes to disease risk", underlines Prof. Emmanouil Dermitzakis. "We therefore needed to devise a model to precisely link causal variants to a particular disease. Our objective, put simply, was to locate the exact nucleotide which, when mutated, increases the risk for a disease, rather than just the associated region or gene."

To build a robust model, the scientists performed eQTL analysis on hundreds of samples, and identified thousands of causal variants in the non-coding genome. Using this dataset, they started building models aiming to recognize these variants from specific DNA sequences, without having to link it to existing phenotypes. The objective is, as described by Andrew A. Brown, a researcher at the Department of Genetic Medicine and Development at UNIGE Faculty of Medicine and one of these studies first author, "To be able to recognize pathogenic variants without any other information other that this sequence. If our model is confirmed, we will solve one of the major problems of modern genomics: by just reading non-coding DNA sequences, we will be able to identify their pathogenic causal effects. It is the real future of predictive medicine."

To each tissue its own risk

To evaluate genetic predisposition to disease, genetic variants are typically associated with a phenotype. "Yet, this method only gives a partial image of a larger picture," indicates Halit Ongen, a researcher at the Department of Genetic Medicine and Development at UNIGE Faculty of Medicine and first author of the second study published in Nature Genetics. "The GTEx database allowed us to design a statistical model that links variants from the non-coding genome to genes and diseases. Nevertheless, to be valid, disease risk analysis needs to go a step further, by defining in which tissue is the gene misexpressed for that risk to go high. Gene expression varies across tissues in the same person, but which tissues are the most relevant in relation to genetic causality of a specific disease?"

The scientists were able to rank the contribution of various tissues' genetic effect to diseases. And they had some surprising results. In the case of schizophrenia, for instance, brain tissues come out quite logically as first contributors to the risk of developing the disease. Much less obvious, the small intestine appears to be an important tissue contributing to risk. Clinical insights already point to the gut sending signals to the brain through the microbiome.

Nevertheless, these results indicate that the genetics of small intestine could influence the microbiome that, in turn, affects the brain; this could be very helpful to drive research towards organs that, genetically, greatly contribute to a disease rather than limit research to the organs that are affected. For example, biomarkers could be identified to be used as warning signals for an upcoming disease.

From accurate research to personalized prevention: a new tool towards high-precision medicine

Better understanding of how an individuals' genome affects disease biology will also influence prevention. "We can now put variants, genes and tissues in a single framework; if for many people, the disease appear to be the same, the biological perturbations leading up to it may greatly vary", highlights Emmanouil Dermitzakis."

Our discovery has many implications in personalized medicine, which are exactly the issues we want to address at the Health 2030 Genome Centre. Translating such fundamental research into clinical applications will benefit all, here in Switzerland, but will also allow us drive significant research that will shape tomorrow's medicine."

Clinical Utility of Personalized Medicine Program for Cancer Patients
A personalized cancer therapy program using an integrated genomic approach has been developed and .....

Advancing Personalized Medicine from Space to Earth: NASA
The Twins Study is NASA's first step to establish a foundation and methodology to integrate ......

New Powerful Tool May Help Bring Personalized Medicine Closer
One of the biggest obstacles in successfully treating metabolic disorders such as diabetes, obesity ...