We Love the Sound of Our Own Voice: Study 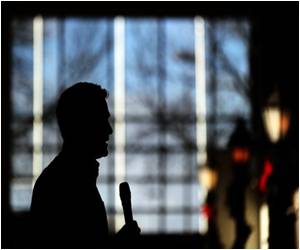 We really do like the sound of our own voice, but it's just that we don't realize it, reveals a new study.

The study by Albright College has found that people unknowingly assessed their own recorded voice as sounding more attractive in comparison to how others rated their voices, which is considered a form of unconscious self-enhancement.

Hearing a familiar voice, such as that of a spouse, is easier compared to hearing other voices as it helps sharpen auditory perception and makes it easier to focus on one voice at a time.
Advertisement

Susan Hughes, associate professor of psychology, said that people generally people often think that they have more attractive or possess better qualities than they actually do. This is sometimes used as a mechanism to build self-esteem or fight against depression.

"Given this age of heightened narcissism, this study provides further evidence that individuals seem to inflate their opinions of themselves by thinking the sound of their own voices is more attractive," Hughes said.

The study is to be published in the journal Perception.

A new study looks at a possible brain mechanism that could explain how we hear this inner voice in the absence of actual sound.
Advertisement
<< Link Between Dementia, Delirium and Declining Health Identif...
IPads and Horses may Help Autistic Kids Communicate: Study >>

Vocal training of older rats reduces some of the voice problems related to their aging, such as the loss of vocal intensity that accompanies changes in the muscles of the larynx, finds a new study.
Advertisement
News A-Z
A B C D E F G H I J K L M N O P Q R S T U V W X Y Z
What's New on Medindia