Ways to Improve Pesticide Efficiency to be Probed by MU Scientists 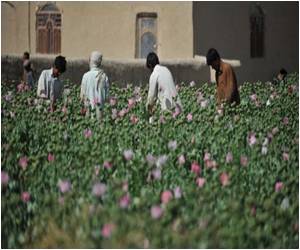 The Food and Drug Administration has approved a controversial pesticide in 2007 for use on fruit and vegetable crops, mainly in California and Florida.

Farm workers and scientists protested the approval of the pesticide because its active ingredient, methyl iodide, is a known carcinogen. Now, MU researchers are studying the molecular structure of the pesticide to determine if the product could be made more efficient and safer for those living near, and working in, treated fields.


Methyl iodide is the active ingredient used in a pesticide known commercially as Midas. Midas is a mix of methyl iodide and chloropicrin, a rat poison, and is used primarily on the fields that will grow strawberries, tomatoes and bell peppers. In a new study published this month in the Journal of Agricultural and Food Chemistry, MU researchers studied why the manufacturer blended the chemicals to determine if a different chemical combination might be possible.