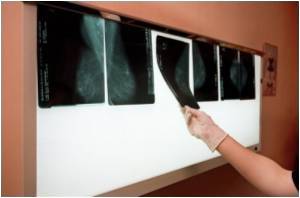 A way to help cancer cells age and die, creating an advance in the treatment of malignant tumours has been found by researchers at the Washington State University.

"Hopefully, we can make cancer cells die like normal cells. Basically, you make the cancer cell go from immortal to mortal," said Weihang Chai, an assistant professor in the WSU School of Molecular Biosciences.

Normal cells lose a little bit of their DNA every time they reproduce as the molecule's strands lose part of their protective tips, called telomeres. Eventually, the telomeres become too short, signalling to the cell to stop replicating and growing.


But cancer cells have a mechanism to keep their DNA strands from shortening, giving them a near eternal life. This is because the enzyme telomerase extends one strand of the cancer cell's DNA while other proteins help extend the second strand.

Cervical cancer is the second most common cancer among women and is the primary cause of cancer-related deaths in developing countries
Advertisement
According to Chai and her colleagues, they have found a regulatory protein that controls the production of that second strand. They have also found a protein required to synthesize it.

If that second strand of DNA cannot be lengthened, said Chai, it behaves like a normal cell and dies a normal death. She also said her team will now focus on developing a strategy to block the regulatory protein's function.

The study appears in The EMBO Journal.

Uterine Cancer or Cancer of the Uterus (or Endometrial Cancer) refer to cancers affecting the uterus or the womb in women. Learn about the different types of uterine cancer, symptoms, staging, diagnosis, prognosis, treatment, survival rates and news on uterine cancer.
Advertisement
Advertisement