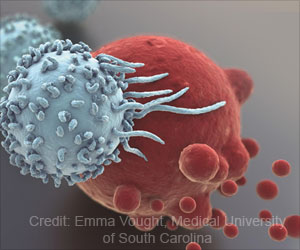 A woman in Madagascar who carried a huge tumor on her back for 40 years, prompting allegations by neighbors that she was the victim of black magic, has had it successfully removed.

The woman known only as Mariette, in hers 60s, noticed the non-cancerous tumour when it started growing in her 20s.

Role of Tumor Sequencing in the Treatment of Breast Cancer

Tumor sequencing is increasingly used to select treatment for patients with cancer, but its role in women with newly diagnosed breast cancer is unknown.
Advertisement
‘A woman in Madagascar spent more than 40 years with a watermelon sized tumour on her back, facing cruel taunts from strangers who called her monster.’

At its biggest, the growth spanned 20 inches and weighed 10lb, prompting onlookers to shun her and keep their children away.


The growth at this point was heavier than newborn babies and even developed its own blood supply, causing it to pulsate dramatically. Sadly, Mariette's poverty-stricken family - who survived on barely enough to get by - had no access to surgery or money to pay for its removal.

It's what's missing in the tumor genome, not what's mutated, that thwarts treatment of metastatic melanoma with immune checkpoint blockade drugs.
Advertisement
Left to deal with the pain caused by carrying the non-malignant tumour, Mariette endured cruel taunts from strangers.

Some even suggested that she had been cursed by the lump, understood to be a giant lipoma - a soft, fatty lump that grows under the skin - saying it was the result of black magic.

During an interview, Mariette said: "Neighbors told their children, 'The monster was going to get them.' That was the most difficult part. They told their kids to be afraid of me and not to get too close to me."

Fortunately, volunteer surgeons visited her hometown in Madagascar and successfully removed the tumor in October 2014. For the first time since her 20s, she could lie on her back. After examining her, the doctors were able to remove the tumour for free - literally taking a weight from her shoulders.

In October, 2014, Mariette had a two-hour operation on-board a Mercy Ship - a special charity run hospital ship, which stops at ports around Africa, treating patients who would otherwise be without access to medical care.

The charity is funded by individuals, Rotary clubs, trusts, schools, churches and companies.

A new treatment that combines chemotherapy and immunotherapy to significantly slow tumor growth in mice has been developed by researchers.