Water Supplies of Indigenous People Gets Polluted Due to Climate Change 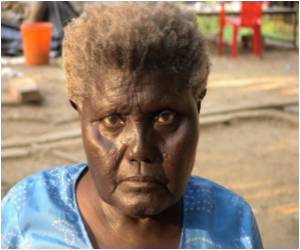 A recent insight has revealed that water supplies of indigenous people gets polluted due to climatic change.

These are the preliminary findings of Sherilee Harper, a Vanier Canada Graduate Scholar in Aboriginal People's Health at the University of Guelph, who says that there has been a significant increase in the incidence of diarrhea and vomiting following these weather events.

A new anti-poverty pressure group has suggested that rich nations are using aid money as an instrument to bully developing countries over climate change.
Advertisement

Harper is undertaking a comparative study of how extreme weather events affect waterborne diseases in the Arctic and in southwestern Ugandaand is finding plenty of similarities between health issues faced by indigenous groups in Uganda and those in Inuit Nunangat.


"There are a lot of similarities," she says. "One of the most significant is caused by changes to the climate; in both places, increased temperatures and rainfall are leading to increased bacterial loads in water. This can be because of heavy rainfall or rapid snowmelt, but, in each case, it leads to an increased risk of exposure to waterborne disease from both tap water and brook water."

Methane gas in rivers and streams contribute more to global warming than nitrous oxide (N2O), say scientists.
Advertisement
With climate change, these weather events are expected to increase in frequency, duration and intensity, in turn increasing the risk of disease. As a result, the risks associated with some centuries-old practices may be changing. For example, when Inuit go hunting or to cabins, they use water from brooks and streams or melt ice. Harper's research shows that this water can have a negative impact on their health.

"After a heavy rainfall, there is an increase in E. coli and total coliforms in the water, which means there is an increased risk of exposure to these bacteria," says Harper. "In Nunatsiavut, where I started this research, clinic records showed a significant increase in cases of vomiting and diarrhea after these high-impact weather events."

Harper's research indicates that water issues such as these are not likely to diminish in the near future.

"Under any climate change scenario you consider, this is going to increase," she says. "Waterborne diseases are not just an Arctic issue; they are global. The World Health Organization projects that most of the climate change disease burden in the 21st century will be due to diarrhea and malnutrition."

Harper's comparative research also takes her to Uganda, where she is studying how climate events similar to those affecting Canada's North are affecting Batwa peoples' health. The Batwa are conservation refugees who were moved out of their forest homeland when the Ugandan government made it a national park to protect the silverback gorillas.

"The Batwa face similar social and societal issues to the Inuit, of which one of the most important is access to safe drinking water," she says. "Comparing the two cultures allows me to examine similarities between two seemingly different populations and start addressing a deficit in understanding of the health dimensions of climate change among indigenous populations. This information can then be used to offer best practice guidelines and develop adaptation strategies in an indigenous context."

Harper will discuss her research and answer questions from the press as part of the Canada Press Breakfast on the Arctic and oceans, being held at the 178th annual meeting of the American Association for the Advancement of Science. The breakfast will be held in Room 306 of the Vancouver Convention Centre at 8 a.m. on February 17, 2012, and will feature Canadian research experts from across natural sciences, engineering, health, social sciences and humanities.

Greenhouse effect causes excessive heat to build up in the earths atmosphere causing global warming and ...