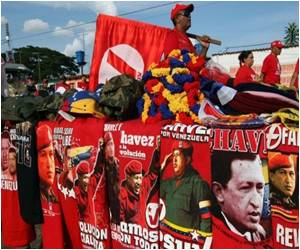 To investigate whether former president Hugo Chavez had been poisoned or not, the Venezuelan government has announced that they will work with 'the world's best scientists'.

Venezuelan government officials said that there is a possibility that someone may have deliberately infected him with cancer.

Vice President Nicolas Maduro, in an interview with the Telesur network, implied that the United States could have been behind such an attack on Chavez, an accusation that the State Department has denied.


According to CNN, he said that they have an intuition that Chavez was poisoned by dark forces that wanted to be rid of him.

Maduro pointed out that in the 1940s and 1950s, the United States and other countries had "scientific laboratories testing how to cause cancer,"

Maduro, however, stressed that he was not accusing the United States, the report added.

Any Connection Between Lead Poisoning and Juvenile Crime?
Lead is a common element but is found in old paints (including those once used on children's toys), ...

British Study: African Vultures at Risk of Poisoning
A British study warns that vultures in Africa are now at risk of getting poisoned through cattle ......