Habitat warming can reduce the diversity of species in marine environments, but increase speciation in freshwater habitats.

Scientists from the University of Bath's Milner Centre for Evolution working with colleagues at the University of York have shown that for an important group of aquatic crustaceans called the Anomura, which includes hermit crabs, king crabs and squat lobsters, habitat warming decreases species diversity in marine environments. Intriguingly the researchers found that diversity of Anomura species in freshwater habitats increased with warmer temperatures.

The findings suggest there is no universal rule about how species diversity is affected by warming temperatures and responses to climate change could be habitat dependent.


‘Species response to climate change, whether warming or cooling, could be habitat dependent.’


Previous research involving land-based vertebrate found that diversity tends to increase with warming and it had been thought this was a general trend across habitats.

Dr Katie Davis, who conducted the research at the University of Bath, and is now based at University of York, said: "While other research found that species diversity increased with global warming our findings suggest that this is not a universal rule.

We find that the freshwater group follow this pattern, but their marine relatives show the opposite - they speciate with global cooling and diversity decreases with warming.

"This is the first research to suggest that species response to climate change, whether warming or cooling, could be habitat dependent. It's not easy to disentangle the causes in the case of Anomura but it's possible that shallow marine organisms might be affected by factors such as sea level changes and tectonics because both these things affect the amount of shelf habitat available. These factors wouldn't affect freshwater organisms in the same manner."

"Given that crustaceans play a crucial role in marine ecosystems, as well as providing an important food source for many societies, it is important that management of marine ecosystems accounts for this potential loss in biodiversity."

Simple Global Warming Solutions
Concerned about global warming? Look no further; we've decoded some of the best solutions you can adopt to help create a better environment at the individual level.
READ MORE 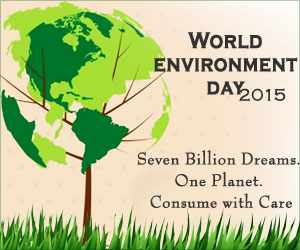