Warfarin Use May Increase Death Risk After Trauma 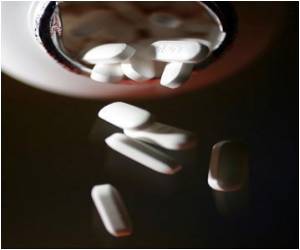 People using blood-thinning drug Warfarin are at increased risk of dying following a traumatic injury, according to a report posted online today that will appear in the May print issue of Archives of Surgery, one of the JAMA/Archives journals.

"The prevalence of warfarin use in the United States is unknown, but the Food and Drug Administration estimates that more than 31 million prescriptions for warfarin were written in 2004," according to background information in the article. "Warfarin is a commonly used anticoagulant [prevents the formation of blood clots] for the long-term management and prevention of thromboembolic (blood clot formed in one vessel carried by the blood stream to occlude another vessel) events associated with atrial fibrillation (abnormal heart rhythm), mechanical heart valves, deep venous thrombosis (clot formed in a vein deep in the body), pulmonary embolism (clot that causes blockage of a blood vessel in the lung), the antiphospholipid syndrome (condition that increases the risk of blood clot formation) and occasionally, myocardial infarction (heart attack)."

Anticoagulants prevent the clotting of blood in our body. They are administered orally or via injection.
Advertisement

Accident and trauma care is an important public health challenge that requires immediate attention. Injury (trauma) is the leading cause of death for all age groups under the age of 44.
Advertisement
"The most profound impact is among younger patients with head injuries," the authors write. "While older patients with severe head injuries have high mortality rates whether or not they are warfarin users, warfarin use increases the mortality from severe head injuries by 50 percent in patients younger than 65 years."

"These data support other reports that suggest that patients who undergo pre-injury anticoagulation with warfarin are at increased risk of death after trauma," the authors conclude. "Warfarin prescribers should consider these data in the overall risk-benefit analysis when opting to prescribe warfarin, and these data provide further rationale for discontinuing warfarin when the clinical evidence no longer supports its use."

Vent Forte (Theophylline) Noscaphene (Noscapine) Iron Intake Calculator Find a Hospital Blood Donation - Recipients Find a Doctor Accident and Trauma Care Drug Interaction Checker Color Blindness Calculator Nutam (400mg) (Piracetam)
This site uses cookies to deliver our services.By using our site, you acknowledge that you have read and understand our Cookie Policy, Privacy Policy, and our Terms of Use  Ok, Got it. Close
×