Wanted - a Baby, a Beautiful Baby, Not an Ugly One 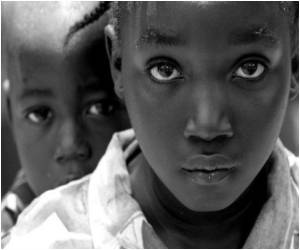 For all those who wish their own beautiful selves to be passed down for posterity, there is a website which has a fertility forum that will assist in bearing beautiful babies.

Criticized by some as narcissism gone mad, the project was launched in June, shortly after BeautifulPeople.com booted out 5,000 people who gained weight and were deemed too ugly to remain members.

Presented as a solution for parents who worry about having ugly children, the Fertility Forum is "like any charitable work," according to managing director Greg Hodge, a good-looking Brit.


It's "a noble cause for those going through the difficult experience of failing to conceive," he told AFP, explaining that the site gets no payment for directing donors and recipients to professional clinics.
Advertisement
The forum is accessed through the BeautifulPeople.com website, which was founded in 2002 in Denmark and now has a presence in 190 countries, although only pretty people need apply.

Those wanting to join submit a photo for approval by their peers -- some 600,000 people pay to be part of the network that proudly styles itself as the world's largest community of beautiful people.

"It's completely democratic -- if you secure enough positive votes, you are accepted; if not, you are shown the door," said Hodge, who manages from Los Angeles the website launched in the United States in 2005.

In a major departure for the BeautifulPeople.com founders, even ugly people are allowed to subscribe to the new forum, browsing for attractive sperm and egg donors to ultimately improve the gene pool.

Beautiful members can post if they want to donate their genetically blessed sperm or eggs to an unattractive person or couple who wants a baby.

"But everyone -- including ugly people -- would like to bring good-looking children in to the world, and we can't be selfish with our attractive gene pool."

When Hodge unveiled the virtual sperm and egg bank in June, he said there was obviously a massive demand for attractive donors.

"Every parent would like their child to be blessed with many fine attributes, attractiveness being one of the most sought after. For a site with members who resemble Brad Pitt, George Clooney and Angelina Jolie, you can imagine the demand."

At an interview in a Beverly Hills cafe, where most passers-by looked like Hollywood stars, Hodge sidestepped questions about ugly people and portrayed the initiative as a worthy cause to help those with fertility problems.

"We remain impartial, we're a vehicle of information that eventual donors and recipients can get, but without any link to any fertility clinic," he told AFP.

Egg donor Lisa Bluemel, 30, told AFP she initially joined BeautifulPeople.com to meet people and broaden her network, thinking that if a romance came then so much the better.

The Fertility Forum caught her attention because she had a friend who could not conceive. "I know the anguish she has gone through," she said.

Bluemel said her decision to donate eggs was nothing to do with the money and wasn't superficial or narcissistic in the slightest.

"It's a deeply emotional decision and I have given it much thought, giving a couple the gift of a new life and helping in the creation of a loving family is perhaps the most special gift of all.

"It's not about just seeking beautiful babies," she added. "Naturally intelligence, health is the most important, but why can't you try to secure all the best attributes? Who would not do that for their child?"

A Spanish woman, who had struggled for years to have children but is now eight months pregnant, pointed out that the principle behind Fertility Forum was nothing new.

"This has been done in clinics for some time, not with pictures but with a profile about donor characteristics: tall, blond, blue eyes, from a Nordic country," she said, speaking on condition of anonymity.

Richard Paulson, a fertility expert at the Keck School of Medicine of the University of Southern California who has practiced reproductive medicine for 25 years, warned there were no guarantees of a beautiful baby.

"Making a decision about one's future partner, whether it is a marriage partner, or partner for reproduction, on the basis of information posted on a website would be naive at best," he said.

"I do not consider these types of websites to be dangerous, or threatening, but rather, simply amusing."

Good Acts Serve as Inspiration for Others
Kindness is contagious, scientists have discovered. And good acts by a handful of individuals ......

Kindness Can Resonate Further And Make People Across The World More Compassionate
An expert says that spreading altruism through social networks can make people across the world ......

Compassion And Power Don't Go Hand in Hand
Does power diminishes an individual's tendency to help others? Well, according to researchers from ....