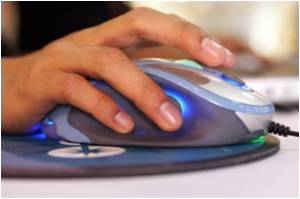 One of Wall Street's most feared traders has denied his employees the joys of gossip-bandying at the office. Unnecessary chitchat, they're warned, will cost them their jobs.

Billionaire Ray Dalio, has said that employees who gossip about co-workers will be fired for behaving like 'slimy weasels.'

Men Are Bigger Gossipers: Here are Their Hottest Rumor-Mill Topics!

A new study has debunked the myth that women are the ones who love to gossip, for it has been found that men are bigger tittle-tattlers than ladies.
Advertisement

Founder of Bridgewater Associates, Dalio's list of rules for his one thousand employees was leaked on the Internet.


He had declared that any staff members who were overheard gossiping maliciously about a colleague three times would be fired, according to the Australian.

Next time you indulge in gossiping, don't carry any guilt, for a new study has concluded that a nice chat is good for health.
Advertisement
"Never say anything about a person you wouldn't say to him directly," News.com.au quoted Dalio as writing in the document, called 'Dalio rules'.

The rules are useful for both the parties-while the company meetings are stored in a transparency library so that staff can find out what their managers are saying about them, bosses also can hear any nasty nicknames they have acquired.

Dalio said that his workers loved his anti-gossip rules, which, according to him, promoted honesty within the workplace.

Researchers say that gossip in the workplace can function as a weapon to attack people's reputation or a gift in enhancing it.
Advertisement
Advertisement
This site uses cookies to deliver our services.By using our site, you acknowledge that you have read and understand our Cookie Policy, Privacy Policy, and our Terms of Use  Ok, Got it. Close
×