Bookshelves weighing heavily with every issue of American Vogue ever published since December 17, 1892, close to about 2,800 of them, can now heave a sigh of relief.

Two years in the making, an online Vogue Archive is being pitched to fashion designers, photographers and stylists for whom rummaging through musty back issues for inspiration is an everyday part of the job.


"That's about 400,000 pages. It's everything," said Matt Dellinger, a writer and multimedia producer who directed the digital project for Vogue's publisher Conde Nast. "When you're looking at this, you're looking at the actual pages of the magazine ... exactly as they appeared."


At $1,575 a year, or the price of a Dolce and Gabbana lace and satin bustier dress at Net-a-Porter, enjoying instant access to nearly 120 years of a single magazine title doesn't come cheap.

"If you live in a New York City apartment, and were thinking of getting a subscription to Vogue's newly-launched archive site, how does not paying your rent for a month sound?" quipped the Fashion Bomb Daily style blog.

But in a telephone interview from New York, Dellinger said the archive's real value lies in how every photograph, every advertisement and -- so far from October 1988 -- every garment has been assigned a "tag" or search label.

"Most of our work was creating an index so that you can find (a particular) ad or a photo," he said. "That's kind of the special sauce here" because, with most online archives, only the text is searchable, if at all.

So someone looking for, say, a pleated dress by Balenciaga from an era when pleats were all the rage -- will be swept back to the September 15, 1939 issue and an otherwise hard-to-find crisp line drawing of a black number from the Spanish couturier.

Graphs at the foot of the website reflect the ebb and flow of a particular trend. "Corduroy," for instance, literally goes off the charts in the 1910s, then subsides before its notorious comeback in the 1970s.

Calling up the very first Vogue ("a weekly magazine of fashion and society") finds the first cover girl to be an anonymous New York debutante. From London, a correspondent reported: "Dogs are the fashionable fad at the moment."

The word "supermodel" first appeared in the August 15, 1972 issue to describe the African-American model Naomi Sims. (Vogue was a weekly until 1912, then a biweekly, going monthly in 1973.)

But nothing's perfect: a search for "we don't wake up for less than $10,000 a day" manages to miss the October 1990 feature in which Linda Evangelista first uttered the infamous phrase.

Karin Bohleke, director of Shippensburg University's fashion collection in Pennsylvania, one of the biggest in the United States, said rummaging through back issues of fashion magazines is a key part of the creative process.

"You get the context. You see the evolution and development, you see parallels, things like that," Bohleke, author of a study of 19th century American and French women's magazines, told AFP.

Vogue's archrival Harper's Bazaar did not respond when asked if it might put its own back issues online, and there are no plans for similar digital archives of the British, French, Italian, Japanese or other editions of Vogue.

But a spokeswoman for Conde Nast in London said in an email that the publisher was monitoring the American Vogue project "with interest." 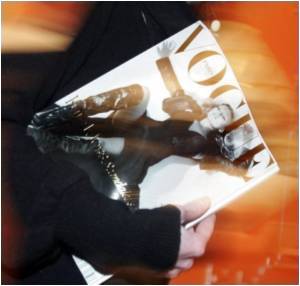 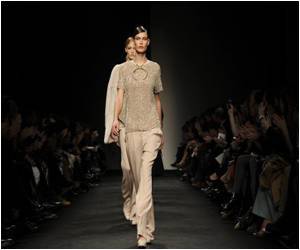 2012 Line Showcased by Lacoste's New Artistic Director
Lacoste has presented its Spring 2012 collection with a focus on women.
READ MORE