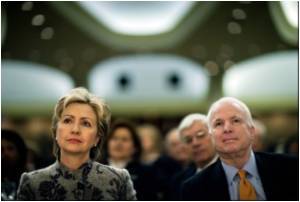 There is now proof to show that vivid memory and directly experiencing the real moment can activate similar brain activation patterns.

The study, led by Baycrest's Rotman Research Institute (RRI), in collaboration with the University of Texas at Dallas, is one of the most ambitious and complex yet for elucidating the brain's ability to evoke a memory by reactivating the parts of the brain that were engaged during the original perceptual experience.

Researchers found that vivid memory and real perceptual experience share "striking" similarities at the neural level, although they are not "pixel-perfect" brain pattern replications.


"When we mentally replay an episode we've experienced, it can feel like we are transported back in time and re-living that moment again," said Dr. Brad Buchsbaum, lead investigator and scientist with Baycrest's RRI.

Schizophrenia is a mental disorder characterized by symptoms of thought, behavior and social problems.
Advertisement
"Our study has confirmed that complex, multi-featured memory involves a partial reinstatement of the whole pattern of brain activity that is evoked during initial perception of the experience. This helps to explain why vivid memory can feel so real," he explained.

But vivid memory rarely fools us into believing we are in the real, external world - and that in itself offers a very powerful clue that the two cognitive operations don't work exactly the same way in the brain, he said.

In the study, Dr. Buchsbaum's team used functional magnetic resonance imaging (fMRI), a powerful brain scanning technology that constructs computerized images of brain areas that are active when a person is performing a specific cognitive task.

A group of 20 healthy adults (aged 18 to 36) were scanned while they watched 12 video clips, each nine seconds long, sourced from YouTube.com and Vimeo.com. The clips contained a diversity of content - such as music, faces, human emotion, animals, and outdoor scenery. Participants were instructed to pay close attention to each of the videos (which were repeated 27 times) and informed they would be tested on the content of the videos after the scan.

A subset of nine participants from the original group were then selected to complete intensive and structured memory training over several weeks that required practicing over and over again the mental replaying of videos they had watched from the first session. After the training, this group was scanned again as they mentally replayed each video clip.

To trigger their memory for a particular clip, they were trained to associate a particular symbolic cue with each one. Following each mental replay, participants would push a button indicating on a scale of 1 to 4 (1 for poor memory, 4 for excellent memory) how well they thought they had recalled a particular clip.

Dr. Buchsbaum's team found "clear evidence" that patterns of distributed brain activation during vivid memory mimicked the patterns evoked during sensory perception when the videos were viewed - by a correspondence of 91percent after a principal components analysis of all the fMRI imaging data.

The so-called "hot spots", or largest pattern similarity, occurred in sensory and motor association areas of the cerebral cortex - a region that plays a key role in memory, attention, perceptual awareness, thought, language and consciousness.

Dr. Buchsbaum suggested the imaging analysis used in his study could potentially add to the current battery of memory assessment tools available to clinicians. Brain activation patterns from fMRI data could offer an objective way of quantifying whether a patient's self-report of their memory as "being good or vivid" is accurate or not.

The study was published online this month in the Journal of Cognitive Neuroscience, ahead of print publication.

Alzheimer''s disease is a progressive neurodegenerative disease affecting memory and thinking and making the person increasingly dependent on others.
Advertisement
<< Keep Your Facebook Profiles Clean to Improve Your Job Prospe...
Highly Dangerous to Text While Driving >>

Blood Pressure Calculator Post-Nasal Drip Selfie Addiction Calculator Blood Donation - Recipients Drug - Food Interactions How to Reduce School Bag Weight - Simple Tips Accident and Trauma Care Sanatogen Drug Side Effects Calculator Noscaphene (Noscapine)
This site uses cookies to deliver our services. By using our site, you acknowledge that you have read and understand our Cookie Policy, Privacy Policy, and our Terms of Use