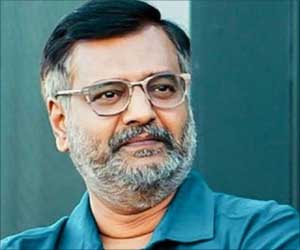 Tamil movie comedian and Padma Shri recipient Vivek passed away on Saturday. He was 59. He was admitted to SIMS Hospital on Friday morning after showing "acute coronary syndrome with cardiogenic shock".

Vivek who was in a critical condition was put on Extracorporeal Membrane Oxygenation (ECMO) support, the hospital said.

Vivek was brought to the emergency ward of the hospital in an unconscious state at about 11 a.m. on Friday by his family members, the hospital said.


According to the doctors, Vivek had complained to his family members about chest pain.

Condoling his death, Telangana Governor and Lt.Governor of Puducherry Tamilisai Soundararajan said Vivek through his comedy dialogues had spread good social messages and earned the sobriquet "Chinna Kalaivanar" or Little Kalaivanar (Late Tamil movie comedian N.S. Krishnan had the sobriquet Kalaivanar) and was also an environmentalist in planting lakhs of tree saplings.

The risk factors that work behind the scene before a heart attack are familiar to many. But do you realize the extent to which your lifestyle choices are putting your life at risk? Can you identify a heart attack when it occurs? Take our quiz and find out.
Advertisement
Tamil Nadu Chief Minister K.Palaniswami in his condolence message said that it was shocking to hear about the Vivek's death.

With his incomparable service the passing away of Vivek is a big loss for the movie and the social service sectors, Palaniswami said.

PMK Founder S. Ramadoss said that Vivek's death is unbelievable. He was socially and environmentally conscious and was instrumental in planting lakhs of tree saplings.

In a tweet Rajinikant said that he was greatly pained at close friend Vivek's death. He will not forget each and every day during the shooting of the movie Sivaji.

Several movie actors and fans are paying homage to the mortal remains of Vivek at his residence here.

He made his debut in 1987 in the movie "Manathil Urudhi Vendum" directed by the late K. Balachander.

Soon he was in great demand and has acted with top heroes like Rajinikanth, Vijay, Ajith, Surya and others. He has acted in over 200 movies.

Vivek was awarded the Padma Shri in 2009 and the Kalaivanar award from the Tamil Nadu government.

Vivek an admirer of late President A.P.J. Abdul Kalam, under the Green Kalam project was instrumental in planting lakhs of tree saplings and also for mass campaigns for tree planting and environment protection.

Heart Risk Calculator assesses the lifetime risk for a heart attack and helps in making the right lifestyle choices to protect your heart.
Advertisement
<< Tips to Stay Active While Working Long Hours
How to Boost Your Keto Diet? >>

Foods that Can Save Your Heart

Do you enjoy a glass of wine with your meal? If so it's good news for your heart!