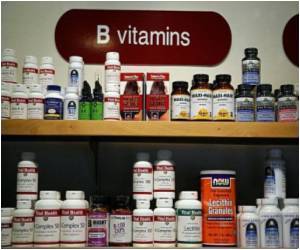 While we supposedly all have 4-6 dreams a night it is usually hard to remember them, particularly in their entirety.

The vitamin, which is found in meats, whole grains, vegetables, nuts and bananas, has long been thought to help recollect dreams and enhance their lucidity but this was based on theory rather than a concrete study.


However, a small study done back in 2002 has come to light which apparently goes some way to proving the familiar theory.

In the preliminary study, 12 university students were given different amounts of the vitamin over a period of five days.

Racial framework of dreams lean towards matching the proportion of various races human beings encounter in their daily lives, finds a new study.
Advertisement
Four participants were given 100 milligrams, four were given 250 milligrams, while the rest of them were given a placebo.

The participants who were given the biggest dose of the B-6 had a higher rate of dream salience as determined by vividness, bizareness, emotionality, and colour, the Daily Mail reported.

It is thought that the vitamin has this effect as it converts amino acids into serotonin, which wakes the brain up during Rapid Eye Movement sleep, a stage of sleeping where our dreams are most vivid.

However, too much of the vitamin can mean that you won't get to sleep at all as it can cause insomnia, as well as heart palpitations, cramps, high blood pressure, and panic attacks.

Smokers with higher levels of vitamin B6 and a certain essential amino acid have less risk of developing lung cancer than those lacking the nutrients, cancer experts said Tuesday.
Advertisement
Advertisement

Sleep disorders can either be having difficulty in getting sleep or dozing off at inappropriate ...

Essential fatty acids - omega 3 and omega 6 are sometimes referred to as Vitamin F. The body is not capable ...

Many people take a daily dose of vitamins, believing in their magical properties. But, what science has to ...
This site uses cookies to deliver our services.By using our site, you acknowledge that you have read and understand our Cookie Policy, Privacy Policy, and our Terms of Use  Ok, Got it. Close
×