Vitamin B Protects Against Alzheimer's 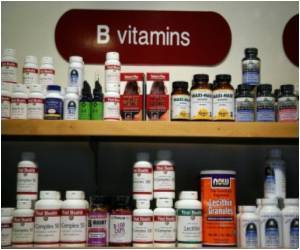 A new study has found that daily intake of Vitamin B can combat memory loss in old age and even help protect against Alzheimer's disease.

More than 250 people took part in the study, at Oxford University, including people with mild cognitive impairment who were aged 70 years or older.

They were given vitamin B, found naturally in food such as beans, meat, wholegrains and bananas, or a placebo over a two-year period.

The researchers found that people taking the pill had lower levels of a brain protein known to lead to a rise in the risk of dementia.

Easy to understand info & tips with diagrams about vitamin supplements like vitamin C, B6, B9 & B12. Latest research news on each vitamin's benefits and drawbacks for better consumer understanding.
Advertisement
They found that it also slowed mental decline in older people who have slight problems with their memory.

The research suggests that dementia could be treated with a food supplement rather than by taking complicated medicines.

"The findings from these two reports should be of interest to clinicians," the Daily Mail quoted Carrie Ruxton of the Health Supplements Information Service as telling the Daily Express.

How to Reduce School Bag Weight - Simple Tips Selfie Addiction Calculator Loram (2 mg) (Lorazepam) Blood - Sugar Chart Diaphragmatic Hernia Blood Pressure Calculator Daily Calorie Requirements Blood Donation - Recipients The Essence of Yoga Drug Side Effects Calculator
This site uses cookies to deliver our services. By using our site, you acknowledge that you have read and understand our Cookie Policy, Privacy Policy, and our Terms of Use