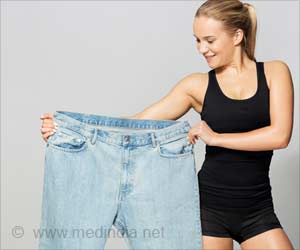 Using visualizations as motivation for achieving goals have been employed as a conventional technique for years. However, a new study has found that perspective-based visualizations should be used with caution for consumers who are pursuing health goals such as eating healthy or losing weight.

Adopting a third-person perspective, by viewing one's self through an observer's eyes, may backfire when the goal is not a core part of the person's identity, said Jason Stornelli, an assistant professor of marketing in the College of Business at Oregon State University and one of the study's authors.

"Third-person perspectives may be harmful, because they can discourage goal-consistent intentions and behavior when the goal is not a major part of how a person thinks about themselves," Stornelli said.


The findings contrast with past research that indicated that people who used third-person perspectives were more likely to succeed in achieving goals, suggesting the use of third-person perspectives for goal achievement is nuanced.
Advertisement
The results were published recently in the Journal of Consumer Psychology. Co-authors are Beatriz Pereira of Iowa State University and Richard J. Vann of Penn State Behrend.

Stornelli's research interests include the role of self-regulation in consumer decision-making. In particular, he investigates how consumers pursue goals and how emotions influence decision-making.

"Companies and organizations are invested in helping people to achieve their goals. For example, consider a company that sells weight loss programs or stakeholders such as insurers, employers and governments," Stornelli said. "All may benefit when consumers make healthier choices. There are a lot of opportunities for organizations and consumers to achieve win-win outcomes with regard to helping people achieve goals."

Stornelli and his colleagues' objective for this study was to better understand the best ways to use visualization as a tool for goal-setting and achievement.

The researchers conducted three experiments investigating how health goals are influenced by the use of first- and third-person perspectives and by goal centrality - how closely aligned a goal is to a person's core identity.

They found that when health goals are peripheral to a person's self-concept, using a third-person perspective undermines goal-consistent choices and negatively influences goal intentions.

In one experiment, participants considered the goal of reducing sugar in their diet and imagined buying snacks from a first-person or third-person perspective. People who considered the goal to be a relatively minor part of their identity were later more likely to choose a higher-sugar snack to take home if they adopted a third-person perspective.

In another experiment, the researchers found that taking a third-person perspective reduced the likelihood that people adopted an implemental mindset. In other words, they thought less about the steps and plans needed to reach the goal, which encouraged more negative self-conscious emotions and negatively influenced future intentions to pursue the goal when it played a relatively peripheral role in defining their identity.

Using third-person visualization has worked well in past research for objectives like voting in an upcoming election or reaching an academic goal, where there are concrete steps to take and a clear completion point. Health goals often require more involved behavioral change and people must continually maintain their effort. Future research might explore the effectiveness of visualization strategies for a range of goal types.

"It seems important to think about whether the tool is appropriate for the context of the goal at hand," Stornelli said.

The researchers suggested that the way a person implements a third-person perspective may also help them derive greater benefits and avoid pitfalls. Encouraging connections between the goal and the person's self-concept seems likely to minimize negative effects, Stornelli said. Breaking large health goals down into simpler, smaller goals with clear endpoints may also help.

"We need to look more closely at the features of different kinds of goals and how the context for those goals differs," Stornelli said.

Fast Diet - An Efficient Weight Loss Method
Fast Diet, that may help you lose weight in one week, has become one of the most popular methods ......